The founder and owner of Patagonia Inc. a leader in sustainable fashion, an adventurist, an environmentalist, a climber, a father, a billionaire and self-described “dirt-bag”. There’s a deep appreciation and perhaps idolisation for Yvon Chouinard and here is why.
Since the founding of Patagonia in 1972 Chouinard’s passion for the outdoors has given him strong convictions for the conservation of our planet. Building a company with an ethos different from its capitalist counterparts, constantly striving for conscious production methods and environmental awareness.

His dedication towards activism through business has paved the way for other companies. In 2002 Chouinard along with Craig Matthews began a global movement: 1% for the Planet- A collective effort for businesses to pledge 1% of their yearly sales to high-impact nonprofit partners whose mission is to protect nature. To date (2019) the movement accounts for over 1,800 members in over 45 countries and more than $200 million in donations. 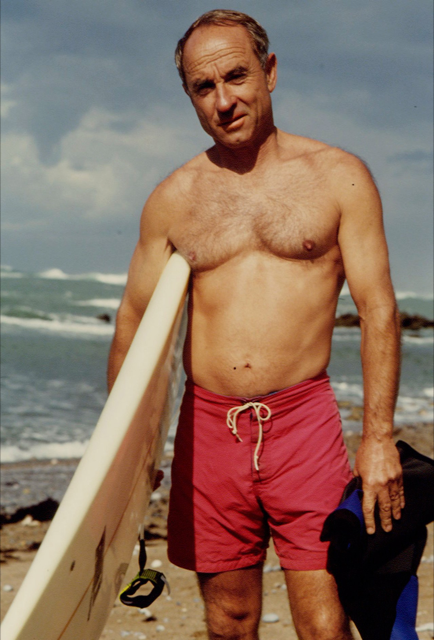 In 2006 Chouinard published his memoire “Let my people go surfing.” An enticing recount of his own life story along with a blueprint on how to grow a successful yet green business.

In 2012 having already proved his capacity in the retail industry, Chouinard applied his ethical standards to other industries, launching Patagonia Provisions -an organic food company. As well as Patagonia films– a production company aimed at raising environmental awareness.

Until 2017 Chouinard was known for shying away from politics but with the rise of the Trump Administration he had something to say regarding the US’s new stance and apathy towards climate change:

“Our government continues to ignore the seriousness and causes of the climate crisis,” Chouinard said in a statement. “It’s pure evil.”

In the same year Trump was getting ready to remove the protection of 770 million acres of public lands and National Monuments (a size larger than Alaska, California and Texas combined). Chouinard didn’t miss a beat. Suing the US government and pleading Americans to do the same in Patagonia’s first ever commercial advertisement.

But Chouinard isn’t just a critic, he is proactive leader. He envisions a greener future for the U.S and this is how:

“We need an agriculture system that supports small family farms and ranches, not one that rewards chemical companies intent on destroying our planet and poisoning our food. And we need to protect our public lands and waters because they are all we have left.”

A method known as regenerative farming, one that he employs in Patagonia Provisions.

In 2018 he went a notch further by changing Patagonia’s mission statement:

“I really want us to face up to the fact that we’re destroying the planet. It could very well end up uninhabitable in 80 years, at least for humankind and wild animals. That’s why we recently changed the company’s mission statement to “We’re in business to save our home planet.” – Yvon Chouinard

In the same year Patagonia donated $100 million to grassroots conservation efforts. In November 2018 after Trump’s tax cuts gave Patagonia an extra $10 million, Chouinard reacted by donating that money to even more activism efforts.

His story epitomises that of the American Dream, yet a lover of the outdoors Chouinard has been fighting for the protection of the planet since Patagonia’s inception. Here’s a humble thank you to a great eco-warrior.