The impact of melting Arctic ice 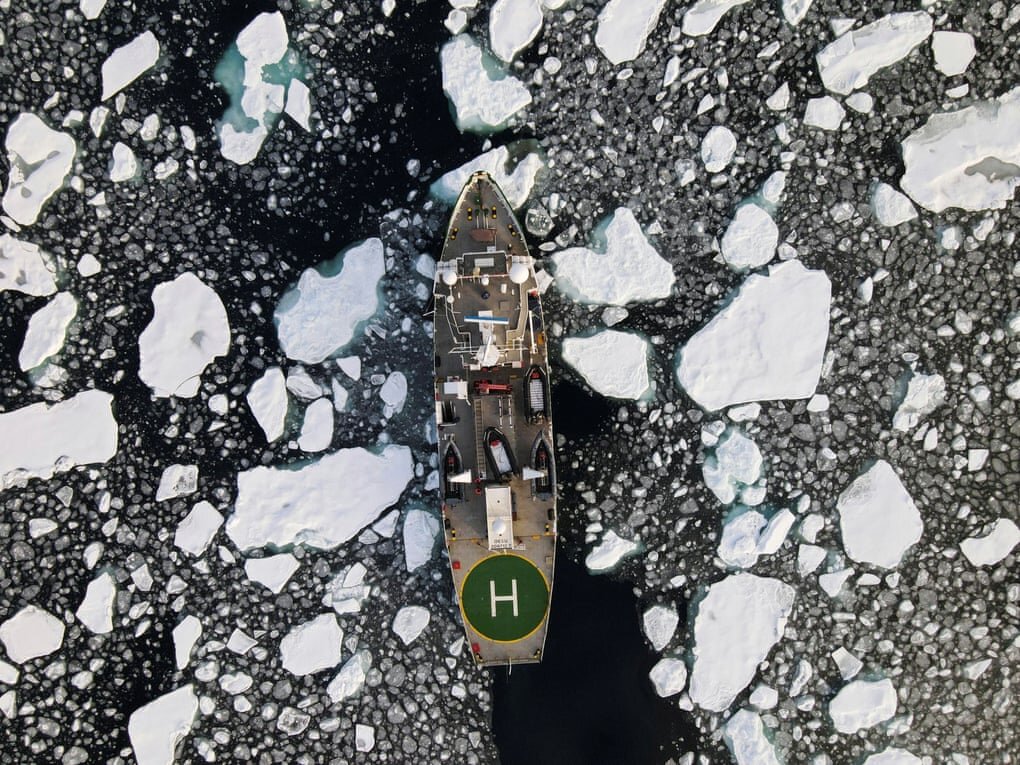 The climate crisis is accelerating the loss of Arctic ice at unprecedented levels.. Scientists have estimated that the planet will have to face the environmental reprimands of ice-less summers in the Arctic in a not so distant future as long as fifteen years. When sea ice begins to melt, the sea levels rise, triggering natural disasters that harm populations living on coastlines, raising growing inequalities.

The reason for temperatures rising faster in the caps is due to the ice-albedo feedback mechanism:Ice caps act as a reflecting mirror of sunlight. When the UV rays hit the ice, the bright reflection of the ice sends the sunlight back to space, reflecting the heat back out. .

Whereas, if the ice in the Arctic completely melts during the summer, the ocean would receive and absorb  the sunlight that was once reflected out by the ice.  Thus, the ocean would absorb it and convert it into heat, increasing the globe’s and the oceans’ overall temperatures

The effect of the ice melting into the sea causes the same effect as wearing black clothes during the summer; it absorbs heat faster than white clothes (white clothes acting as ice).

According to a recent study, if global temperatures continue to rise by 1.5 degrees, the loss of summer Arctic ice will push global warming up an extra 0.2 degrees beyond that goal. Plus, the loss of Greenland’s ice sheets, mountain glaciers, and West Antarctic ice sheets will amount to an increased 0.4 degree to the average temperature worldwide. In contrast, the Arctic and Antarctic zones will face extreme regional heat conditions of an increase of 4.5 degrees.

These graphs show the levels of Arctic ice decreasing over time: 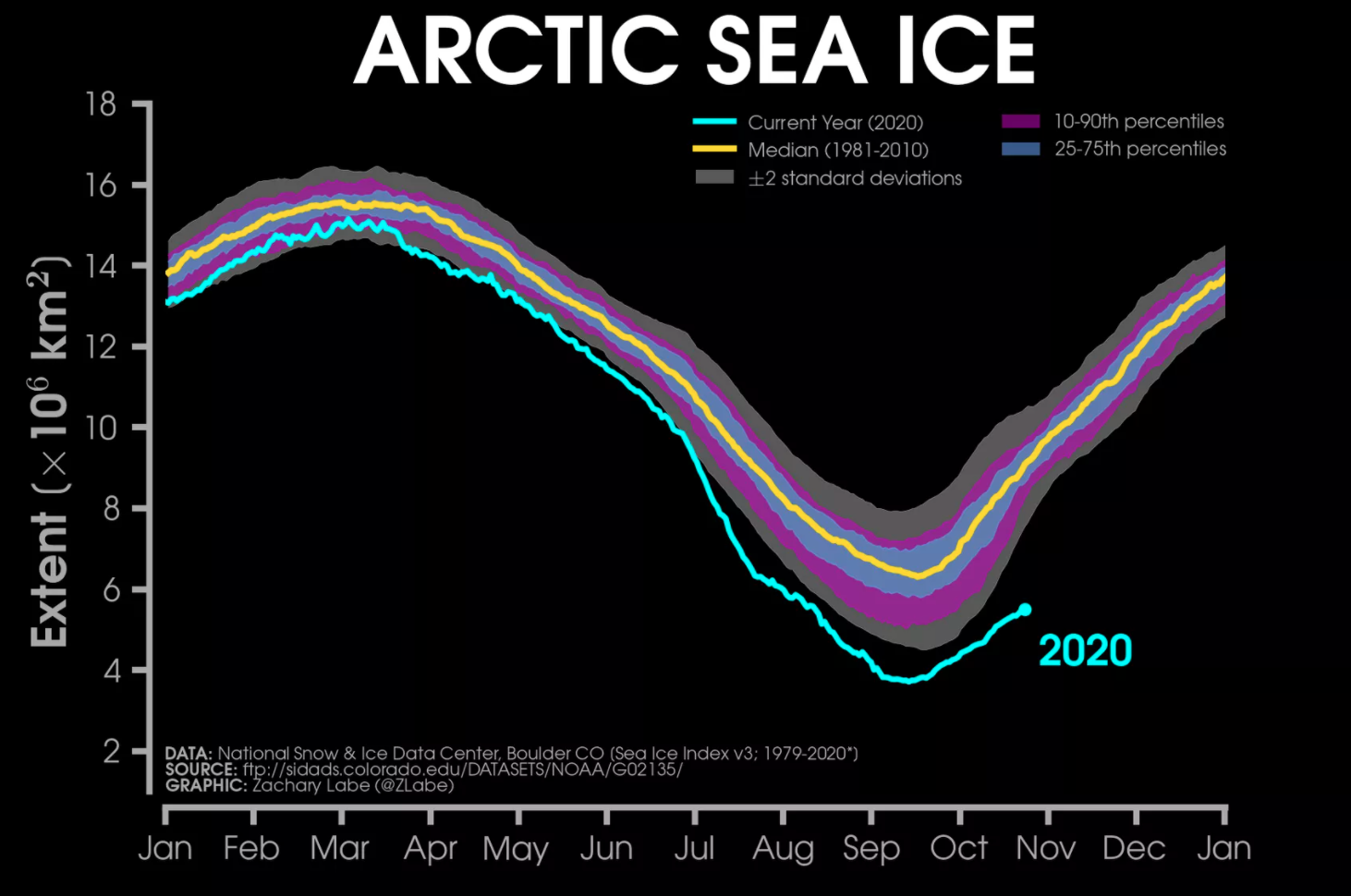 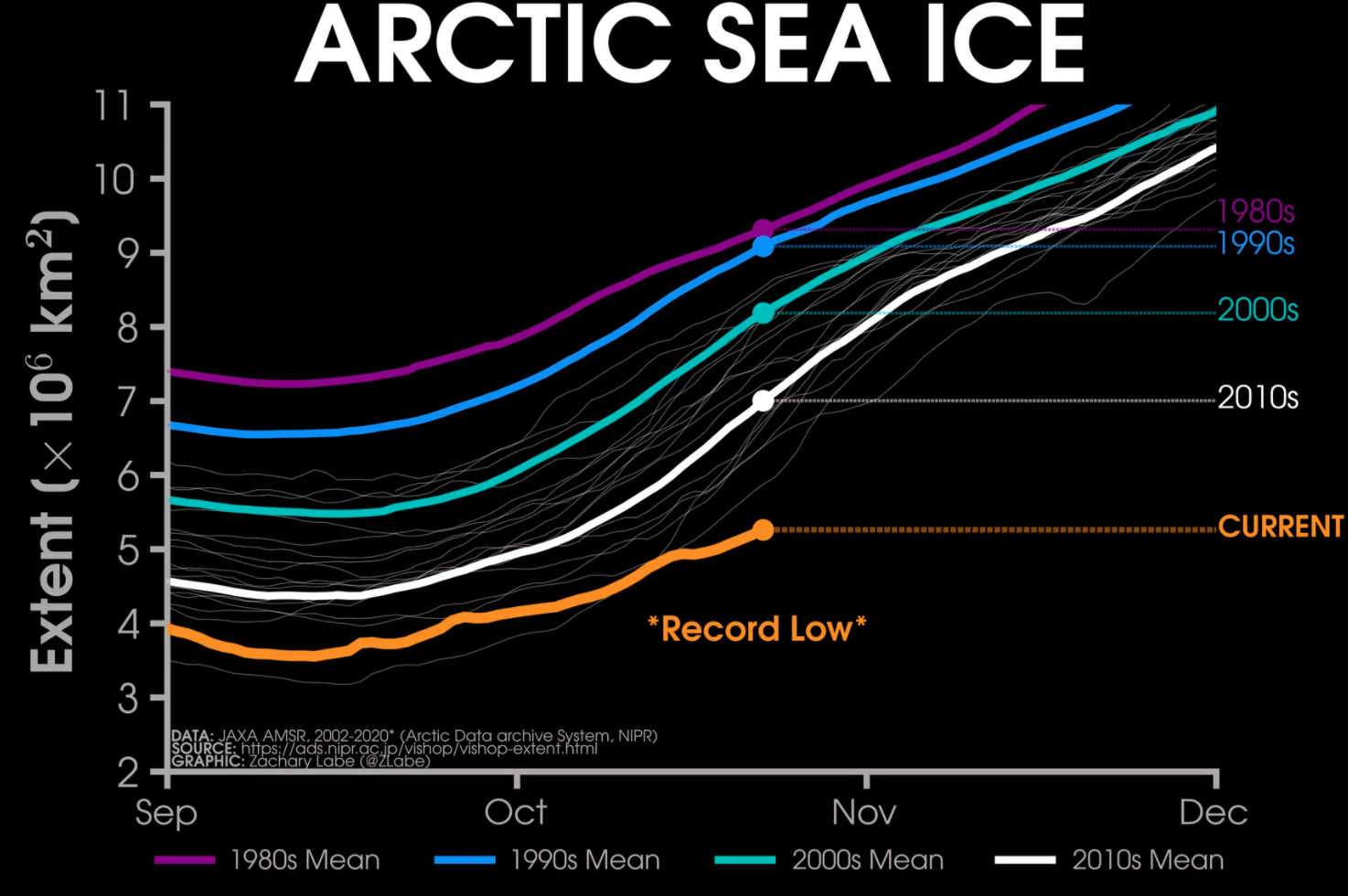 Scientists have predicted that the complete loss of ice during the summer will happen by the end of this century. However  glaciers are continuously melting, risking the Arctic ice to melt in 15 years. The only viable solution is to reduce greenhouse emissions to stop the vicious cycle of global warming by implementing clean energy worldwide.