Oil Spill in Mauritius, what happened? 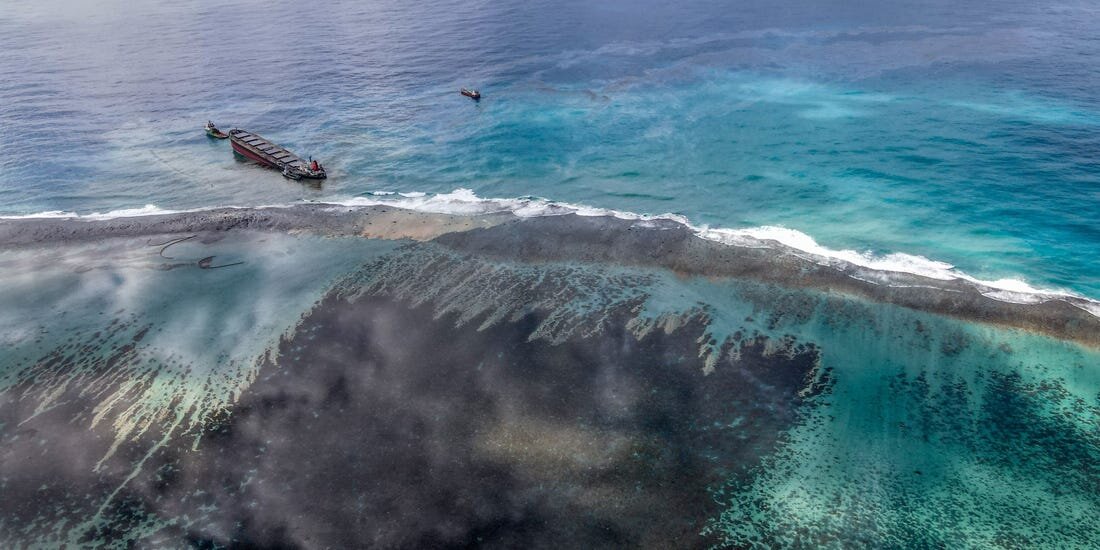 The nation’s economy is mostly driven by tourism— which has suffered a significantly during the COVID pandemic— and fishing, which will be affected after the oil spill.

Last Thursday (August 6th 2020), a Japanese ship under the name “MV Wakashio” operated by the Japanese firm, Mitsui OSK Lines, owned by Nagashiki, leaked around 1,000 metric tons of oil. The leakage risks to worsten since the ship has more cracks that can lead to it breaking in half

This is not the first time MV Wakashio has been held accountable for oil spills. In 2006 the same ship leaked 4,500 tones of oil into the Indian Ocean. In 2013 a container ship sank belonging to the same Japanese operating firm Mitsui OSK linea. Regardless of their past, the firm continues to operate worldwide with 740 vessels, employing over 1,000 people.

The MV Wakashio was on an oil route from China to Brazil, holding three oil tanks, one which has already been leaked into the Mauritian lagoon.

The affected lagoon hosts many tourists per year and mangrove plantations. The protected area was involved in new coral growth in the reef, creating unique ecosystems. All of these will suffer considerable damage after the spill.

Due to the oil leakage, Prime Minister Pravind Jugnauth declared an environmental emergency, demanding help from the international community and the Japanese oil company.

Mitsui OSK Lines announced in a public statement that the ship had passed all of the annual checks, blaming the leakage on bad weather and constant pounding of the ship towards the sea. Partially taking responsibility, the firm hired people to work with the Mauritian authorities to collect around 460 tons of oil from the ocean

In response to the catastrophic event, President Emmanuel Macron is deploying a team and equipment from the island of Reunion. While the Japanese government sent a team made up of six people from the Japanese Disaster Relief authorities. 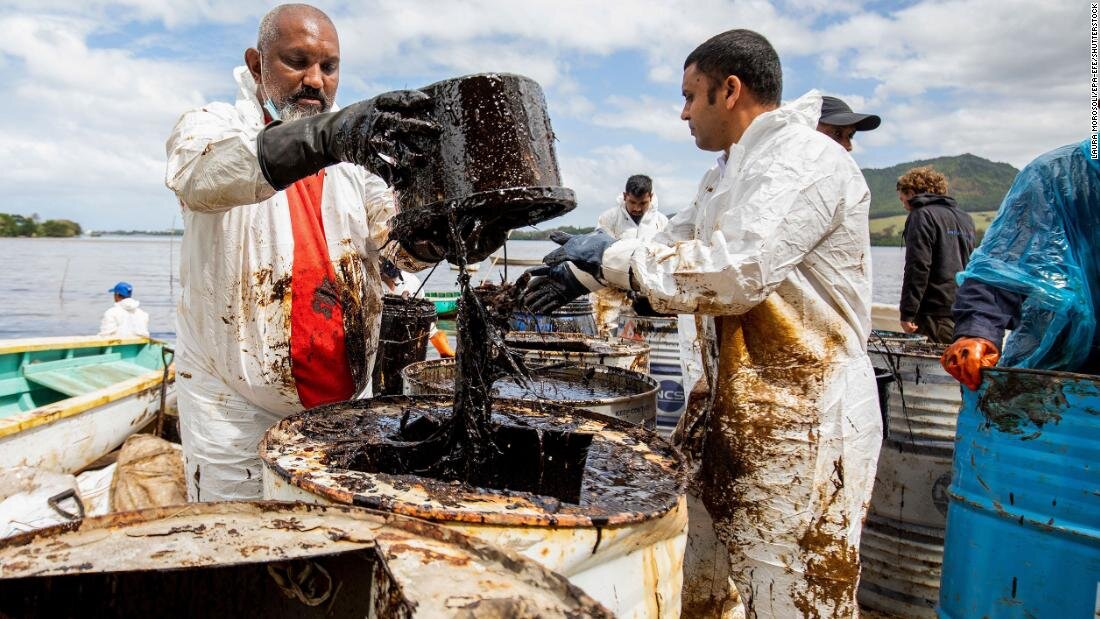 The Mauritian people have been very critical of the government since they believe that the authorities have not acted immediately considering the degree of damage it can happen if there is no immediate action.

Due to the lack of professional aid of the volunteers, the government has now made it illegal for anyone but hired forces to clean up the spill. Today, no one unauthorized can come close to the crime scene.

The Beirut explosion on Tuesday and now the oil spill in Mauritius remind us of the ambiguous rules of shipping and the implied responsibilities the concerned nations have on their affected land. The economic, social, and environmental reprimands private companies cause in foreign territories are not defined by law, meanwhile the hosting nation has to assume immediate action.

The world faces a pandemic, explosions, and oil leakages, causing civil unrest and environmental damage during a climate emergency. These events remind us of the importance of switching to renewable energies, focus on organic harvesting, and most importantly boycotting big oil

In the meantime, please donate to this go-fund-me campaign to help the Mauritian authorities compensate for the damage done.