Germany to Ban the Sale of Single-Use Plastics

This past May, the European Union Parliament’s passed a “single-use plastic ban by 2021” to be enforced by each member state through domestic policies. Germany is the first EU nation to follow through on the commitment. The German government recently agreed to ban the sale of single-use plastics, such as plastic cutlery, straws, cotton balls, and food containers, by July 3rd, 2021.

Earlier this summer, Germany’s Federal Environment Minister, Svenja Schulz, gave a public statement about plastics’ implications on the planet, our oceans, and the atmosphere:

“Many disposable plastic products are superfluous with no sustainable use of resources. In addition, plastics end up too often in the environment or in the oceans. We are taking an important national step in the fight against the plastic flood.” —Svenja Schulz

According to a study made by the German Association of Local Communities, 10-20% of plastic waste is discarded in parks, public places, and streets. Whilst the majority of plastic use is in the form of food delivery packaging. Food packaging is commonly made out of polystyrene and styrofoam–two of the most polluting plastics in the world.

In the last decade, Europe has seen a 13% increase in plastic pollution. Each year Germany produces 3 million tons of plastic in packaging. It may come to a surprise to find out that only 48% of Germany’s plastic is actually recycled. A country well-known for its recycling processes and high technology. In 2017 Germany even was nominated “recycling champion”, the title was awarded by the World Economic Forum. 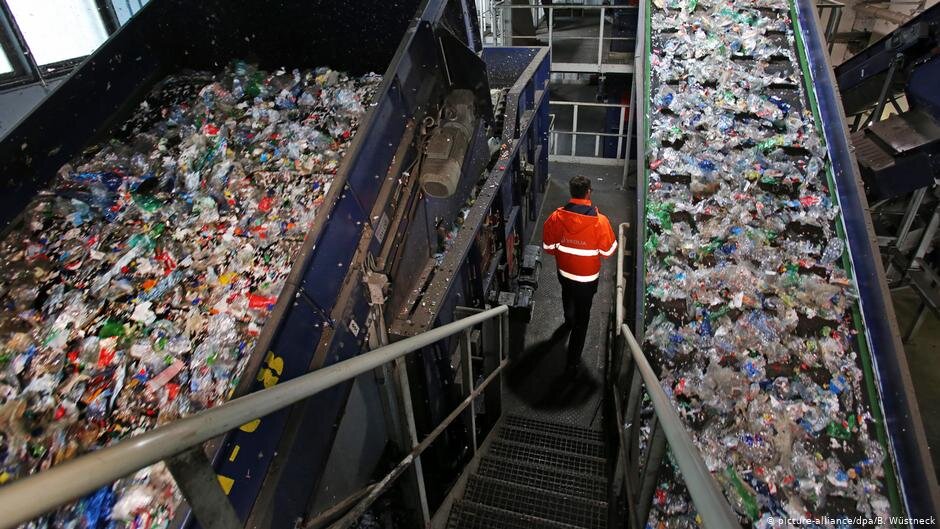 Recycling can be very tricky, many materials are recycled differently, and many citizens do not know how to classify it. Besides, many products come with other materials, such as labels or caps, that should be classified in different categories.

Finally, a country showing that top-down is the way forward: faster, effective, and placing the responsibility where it should be: on the plastic producers = the corporations.

Germany’s journey as a sustainable leader does not end with its ban on single-use plastics; the government has also agreed to phase out coal by 2038 and focus on renewable energies instead.