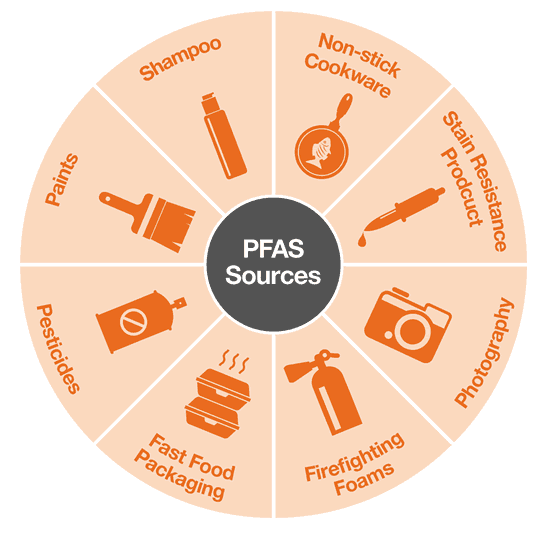 Whatever it is, the way you tell your story online can make all the difference.

Recent company studies reveal that DuPont and Daikin were well aware of the dangers of PFAS 6:2 FTOH on Humans

Of course after hiding the results from the FDA they still got approved, and the chemicals are currently in circulation in the USA.

So what are PFAS?

Per- and polyfluoroalkyl substances (PFAS) are a group of man-made chemicals that includes PFOA, PFOS, GenX, and many other. The chemicals are very persistent in the environment and in the human body – meaning they don’t break down and they can accumulate over time. There is evidence that exposure to PFAS can lead to adverse human health effects. (taken from the EPA website)

Is a short-chain type of PFAS.

What is its use?

PFAS have been around since the 1940s.

How can you be exposed to PFAS? Through the food you eat:

What are its effects on humans?

Is it regulated elsewhere?

PFOS were agreed for international elimination under the Stockholm Convention in 2001—of which the EU is a signatory as well as other 132 countries… The US and Israel are yet to ratify the convention.

What happened with the 6:2 FTOH Dupont/Daikin case?

According to the EPA website the USA has been phasing out toxic PFAS known as “forever chemicals” in the last 20 years. However, some still get away from the FDA watch… the companies DuPont and Daikin told the FDA that 6:2 FTOH was safer than older types of PFAS, and witheld the studies that showed its adverse effects on lab rats.

But Daikin withheld a 2009 study that indicated toxicity to lab rats’ livers and kidneys, while DuPont in 2012 did not alert the FDA or public to new internal data that indicated that the chemical stays in animals’ bodies for much longer than initially thought.

Despite the now public knowledge of the chemical companies’ stealth actions, there have been no consequences.

How do we know about the studies?

The Environmental Defense Fund obtained the studies thanks to the Freedom Information Act requests.

The studies reveal that the FDA has known about DuPont’s hidden studies since 2015—after having approved the chemicals in 2010— yet has given the company 10 years to voluntarily phase out the chemicals.

I think people need to be able to rely on the FDA to turn science at the agency into real action, and right now that doesn’t seem to be the case

As of yet, Americans are still being exposed to toxic levels of PFAS in the form of 6:2 FTOH.

This begs the question: who does the FDA protect? Chemical companies or people?