Coldplay Aims at a Net-Zero ‘Music of Spheres’ World Tour

To lower its emissions the concerts will be powered by solar panels, waste cooking oil and FANS.

To achieve this, it will power its concerts through fully renewable energy, generated by solar installations, waste cooking oil, a kinetic stadium floor and electricity-generating power bikes that fans can use to actively charge the show battery.

The customized stadium floors were created in partnership with BMW. Instead of gas generators, the energy is harnessed from recycled cooking oil, solar energy and human movement.

Coldplay will avoid private planes and will pay a surcharge to use Sustainable Aviation Fuel (SAF.) The fuel is made from renewable waste materials—it’s good to note that biofuels still emit GHGs although they are better than traditional fuels as they are waste and do need to be extracted in highly polluting manners. Learn more about biofuels.

The stage will be built from recycled steel and bamboo, the show design will be adapted to local materials and equipment as much as possible.

“We pledge to drawdown any unavoidable emissions according to the Oxford Principles for Net-Zero Aligned Carbon Offsetting.”

Climeworks’ machines remove carbon dioxide from the air and store it safely or package it for commercial use in products such as fizzy drinks—yes we know CCU/CCS technologies to need a lot of energy to even function… Which is why Coldplay will also be focusing on nature-based solutions such as reforestation, rewilding, soil and seagrass restoration. Whilst partnering with OneTreePlanted to plant a tree for each ticket purchase.

“Coldplay has announced their next tour Music of the Spheres World Tour to have at minimum a net-zero carbon footprint and as such have built a portfolio of solutions to help them achieve this goal by the end of the new touring cycle.”— Climeworks

Each venue will receive a Sustainability rider with best environmental practices, including improving water efficiency and plastic reduction.

Fans will be encouraged to use low-carbon transport to. If fans can document their transport on an official tour app they become eligible for certain discounts.

Then based on fans’ use of the app , we will calculate the total carbon footprint of travel to and from shows. Coldplay will drawdown all of these emissions via nature-based solutions like rewilding and conservation.

The show will upgrade to ultra-efficient equipment such as low-energy LED screens, laser and lighting system and a PA system with up to 50% less power consumption compared to the previous tour that will also dramatically reduce environmental noise outside the venues.

The tour will include onsite activations, powered by solar and kinetic energy. These activations will feature interactive and educational experiences highlighting innovations in clean technology and the natural world.

5 Essential Oil Hacks I Wish I Knew Before

10 Notes from a Minimalist 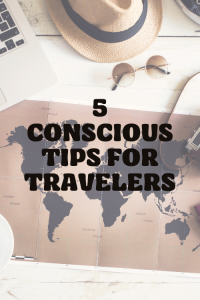