When Joe Biden came into office in 2021, he made a promise to the American people and the world that the Democrats would realign America alongside the Paris Climate Change agreement and push for net zero greenhouse emissions by 2050. Climate policy would be at the forefront of his next four years in office.

However, in the almost two years since Joe Biden has taken up office, there has been little movement on the urgency of the climate crisis.

So What’s Going On with America’s Climate Change Policy? 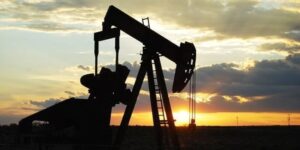 However, we really cannot put all the blame on the Republican party. The democrats need to bare some of the blame. There is an extreme amount of hypocrisy within the democratic party and particularly in the Biden Administration. At the beginning of July, Biden signed an executive order which would increase offshore drilling operations in Alaska. Signing off on this executive order completely goes against the promises of the Biden Administration but also against the warnings of every single environmental and climate change agency.

What about This New Senate Bill?

The U.S. Senate just passed a bill, known as the Inflation Reduction Act (IRA), which will allocate 369 billion dollars toward the climate crisis over the next 10 years. The bill puts aside $60 billion for investments in minority communities, $27 billion for technology investments and $25 billion for environmental conservation. The bill adds new taxes for fossil fuel-producing companies but most, importantly, the package will help to cut emissions by 40% by 2030. It has been described as “the boldest clean energy package in American history” by Senate Majority Leader Chuck Schumer.

Click here to learn more about the specifics of the new senate bill.

This bill seems to be amazing, just what we needed in the fight against climate change. However, we need to look at this in the long run.

The Biden Administration needs to get real about the climate crisis and start putting their money where their mouth is. The new climate bill really is a historic landmark for addressing climate change in the US, however, it is not enough. We can see that mainstream democrats and republicans alike are not taking the extreme and too frequent “one in a lifetime” weather events seriously.

Nevertheless, it is not just the issue of the size of the IRA bill but also the fact that the bill has hidden compromises for the fossil fuel industry. These include loosened regulations around drilling, allowed leasing of 2 million acres of public lands and 60 million acres of offshore waters for oil and gas.

Experts at this moment have stated that even with such compromises involved, emissions can still be reduced by 40%. However, many climate activists are stating that these additional compromises are selling out the integrity of the bill.

What can we do?

Americans, even though this bill has now been approved in the House of Representatives, there is still more to come. This bill is just the starting point of the bigger climate fight.

For everyone else, you can do the same. Pressure your local politicians to adopt more green policies, join youth groups, and ask the tough questions.

The future belongs to us. Let’s not allow capitalism and patriarchy to mess it up.