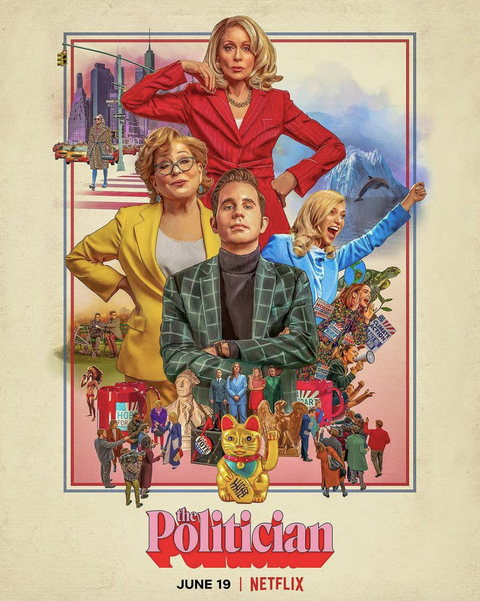 Ryan Murphy’s show “The Politician” just premiered its second season on Netflix this week. The show serves as a political platform for what our youth is most concerned about: climate change.

In the first season, we watched how Payton ran a student government campaign. Now, on season 2, he is running for state senator against Dede with the help of his high school friends after finishing college.

Payton and his team (James, Infinity, Astrid, Mcafee, Alice, and Skye) introduce a broad view of liberal politics in the US to a young audience. The issues they tackle hint to the type of politicians that will disappear in the future, introducing young politicians into the arena instead.

The series is an educational, funny, artsy, inclusive, and diverse storyline of what we hope to see in the future along with the darkness and ethics of politics.

So here are a set of essential lessons from season 2 of “The Politician”:

Teaches you how to care for the environment:

-Infinity, the girl who used to believe that she had cancer, turns into a climate change activist who decides to go zero-waste. There’s a specific scene in episode 3. She is giving a rally for Payton, where she explains her journey towards becoming carbon neutral and zero-waste.

She becomes inspired to change when she was in a skyscraper in Beijing, trying to enjoy the view when she couldn’t breathe fresh air.

The fact that the writers decided to choose China as the enemy of the environment portrays the political “cold war” that the US is going through. Without the need for dialogue, the series raises awareness of the overproduction of Western goods China has assembled in the last decades, which has raised pollution to hazardous levels.

Infinity realizes in her stay in Beijing that she filled three garbage bags with waste in just a week. This realization made her more conscious of how a single person can reduce the amount of pollution they emit in their lifetime by just learning how to say no. The scene of Infinity with traces of her waste inspires young viewers to measure the levels of waste produced in their households, allowing room for changes in their waste culture.

From this storyline, she proceeds to explain the changes she made to become zero-waste, such as using reusable cups, containers, cutlery, and bags. She would buy everything in bulk, avoiding anything that came in packaging. Infinity would reuse plastics as pots for her plants and other uses. She also introduces the public to her purchase of a compost worm farm in her kitchen, which makes you go straight to Amazon and purchase one from the couch of your living room.

Infinity’s speech serves as a great propaganda tool not only for Payton but also for the fight against climate change in the real world. The “insanely simple” changes she has gone through do not make her a hero, just part of a movement to save our planet. After her narrative, she ends up persuading the audience to follow her steps to a greener lifestyle.

From a young point of view, concerned about the future of the environment, Infinity gives a taste of revolutionary forces where the youth stops being superficial. A compulsive consumer turns into a conscious and ethical anti-systemic being ready to become the leaders of the present. 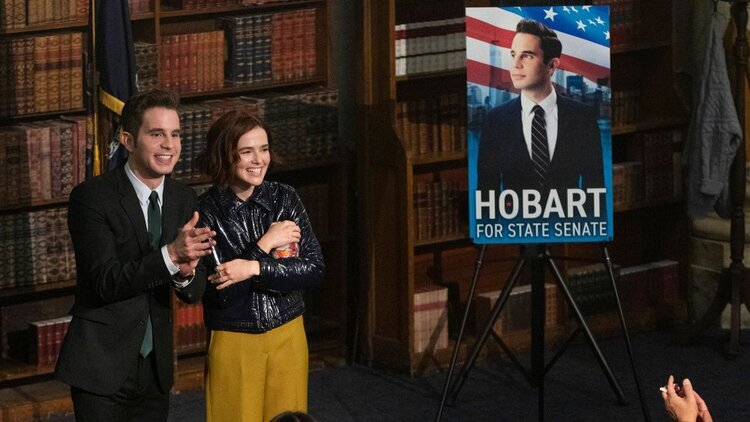 The hopeful portrayal of what the youth looks and feels:

“The Politician” portrays our youth as understanding beings ready to spark the debate of climate change committed to making a change that benefits their generation and others to come. Eco-anxiety is the engine behind the revolutionary forces of the youth.

Besides being environmentally woke, the younger generation is open to different gender identities, sexualities, and political awareness, which brings rise to cancel culture. Anyone that disrespects cultural heritage, racial identity, or sexual orientation is a liability in a politically correct society. Part of being “woke” and acting respectfully towards every community member saves influential figures from being canceled. Cancel culture comes from the tiredness of marginalized groups that have been offended by an icon’s opinions and actions. Instead of being held accountable for their words/actions, public figures are shamed online and eventually lose followers and support.

The writers and characters of “The Politician” transmit a variety of diverse young backgrounds with the same purpose and commitment to saving the planet.

Throughout this season, the depiction of the generational gaps between the boomers and millennials/gen Z strike in. The Boomer generation has built the climate emergency we live in, while still seeking more power and responsibilities. The constant involvement of older generations in politics creates friction between age groups due to the intergenerational bridge’s priorities and executions.

The impulsive character of Gwyneth Paltrow, Georgina, resonates with a particular president of the United States. Even though Georgina may act carelessly, her politics are straight-forward, leaning towards a liberal view. As Georgina runs her campaign for California’s state senator, she proposes that the state secedes from the union, proclaiming an independence movement. Her love affairs do not stop her from running an ecological campaign that won her the election. After a year of governing Sacramento, she resigns from her position to run for President. Georgina raises the question: “why would California want to leave the US when the US could become California?” —espousing her careless character trait, but this attitude might be what the US needs to get things done.

The intergenerational debate sets the platform to inspire young adults to take over the political scene and make up for what previous generations have cost the future of humanity.

Even though boomers are responsible for many causes of climate change, they have also introduced social aid to the law that has helped the youth and its families to live a just and enjoyable life.

“The Politician” demonstrates the youth’s anger and preoccupation, whilst portraying a possible future scenario for them and generations to come.

Ryan Murphy’s series “The Politician” promotes and predicts future environmental campaigns around the world in which the youth show full support for a hopeful tomorrow. Until then, the series and Eco-nnect promote a sustainable lifestyle through zero-waste actions, vegan diets, impact investments, and off-setting your carbon footprint.