Sikkim the Indian state that is 100% organic and plastic free

The small state of Sikkim, Northern India, is nestled high up in the Himalayas has been undergoing a green revolution before it was cool—since 1998 to be exact. Since then it has spearheaded bold environmental policies becoming a true world leader in sustainability.

So how did Sikkim’s local politicians wage war on plastic?

“What happened was that in one episode in the 1990s, plastic carry bags got washed down due to heavy rainstorm. Drains got blocked, which resulted in huge landslide. Some people died too. This triggered the state government to ban plastic bags,” said Rajendra P Gurung, CEO, Ecotourism and Conservation Society of Sikkim

In 2016 the state took more drastic measures. Banning styrofoam and bottled water at governmental events. With penalties and campaigns the ban has proved successful, most Sikkim locals now opt for plates made of leaf, bagasse and even areca nut.

However, Sikkim didn’t only campaign for a low waste region, it also implemented another very bold and innovative ban. In 2003 the government banned the import of herbicides, pesticides, and synthetic fertilisers. Today it is one of the few states in the world to be able to claim it’s “fully organic.” By 2016 it had succeeded in its plan to completely phase out chemical fertilisers and pesticides in its agriculture.

“The industrialised world has followed the path of progress, but today, even Westerners are trying to go back to their roots,” —Sikkimese farmer

Sikkim thus returned to traditional methods of farming based on an interconnection between humans and nature. After a 13 year trial, Sikkim is now boasting an increased bee population, butterflies, more wildlife, larger yields and healthy soils. The state is not only preserving its rich biodiversity and fragile ecosystem, it is also showing the world that a small state can lead us into a greener and organic future. 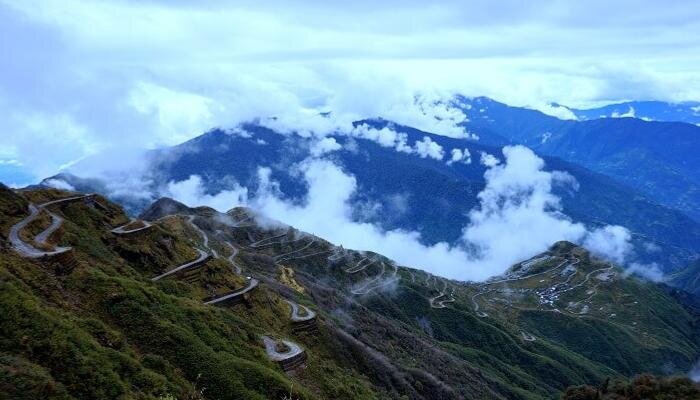