Of Bison and Cowboys

This is a story about Mexico’s only herd of wild bison. It is a tale of bravery, resilience and renewal. To engage in any real conversation about bison though, one must also speak about Mennonites, and vanishing prairie dogs, ancient lake beds, endless golden prairies, cowboys, and most importantly, how to vaccinate an 800-kilo bovine without getting hurt.

We can begin our tale with the lake bed. Three hours south west from the infamous border city of Ciudad Juarez, deep within the Janos Biosphere Reserve, lies a ranch called El Uno. Its name is derived from a cartographical reference, Polygon One, the shape harking back to a time when these grasslands extended to almost half a million acres. The land here is a vast, a flat expanse of dry sandy cliffs and different grasses turned ashen, silver, ivory and chalk. El Uno’s geography lies in part of a critical trinational biological corridor connecting Canada, the United States’ Great Plains and the Mexican Northern Altiplano. A diverse happy family of burrowing owls, golden eagles, coyotes, turtles, rattlesnakes, bighorn sheep, pumas, raccoons, and badgers call it home.

Behind the ranch and its token converted school bus camper van, the valley surface rises like sanded over shark fins. In the distance, between the mountain ranges of the Sierra Madre Occidental, Sierra Enmedio and Sierra El Capulín, if you squint your eyes a little you can make out a complex of low, white buildings. I enquire as to what they are. With a discerning shake of his head, Rodrigo Sierra, a Mexican scientist turned cowboy, and now the ranch’s scientific advisor, says, “Those are the Mennonites”. 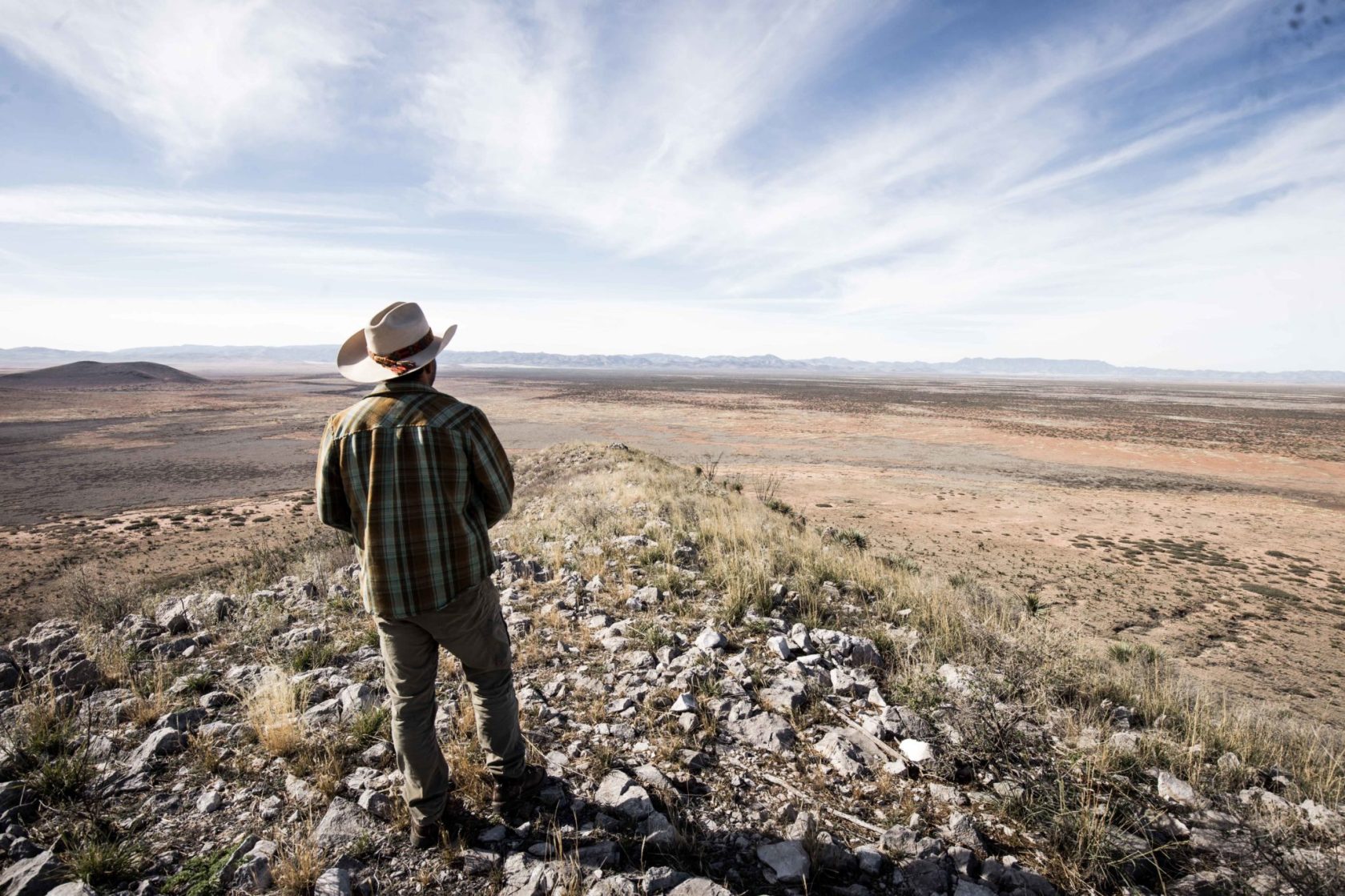 Over the course of the next few days, I was to learn much about the pressing issue of water scarcity in the region and how the Mennonite population (having immigrated from Canada in the early 1900s) has devised ways to evade local water regulations and plunge their wells deep into the desert’s underground aquifers, sucking them dry, irrigating ginormous fields of cotton plants and other mechanized cultivars – crops completely unsuited for a desert environment.

The smart and holistic management of our planet’s desertifying grasslands is critical. Two-thirds of the world’s surface is currently turning to desert, the degraded soils releasing massive amounts of carbon into the atmosphere. The lack of any underground root system means that entire swathes of potential lands lie barren, unable to capture rainwater nor sustain any form of life.

Conversely, we are now learning that one of the most efficient ways of capturing carbon is therefore to regenerate the world’s grasslands and safely store carbon back into the soil. This is being done in union with regenerative ranching principles. Working alongside nature’s astounding capacity for self-renewal, we can bring entire ecosystems back to life – forests, streams and pastures – to the benefit of the millions of people who depend on them for survival. In the Horn of Africa for example, pastoralists are beginning to plan their herds’ grazing to mimic nature and openly say it is the only hope they have of saving their families and their culture. 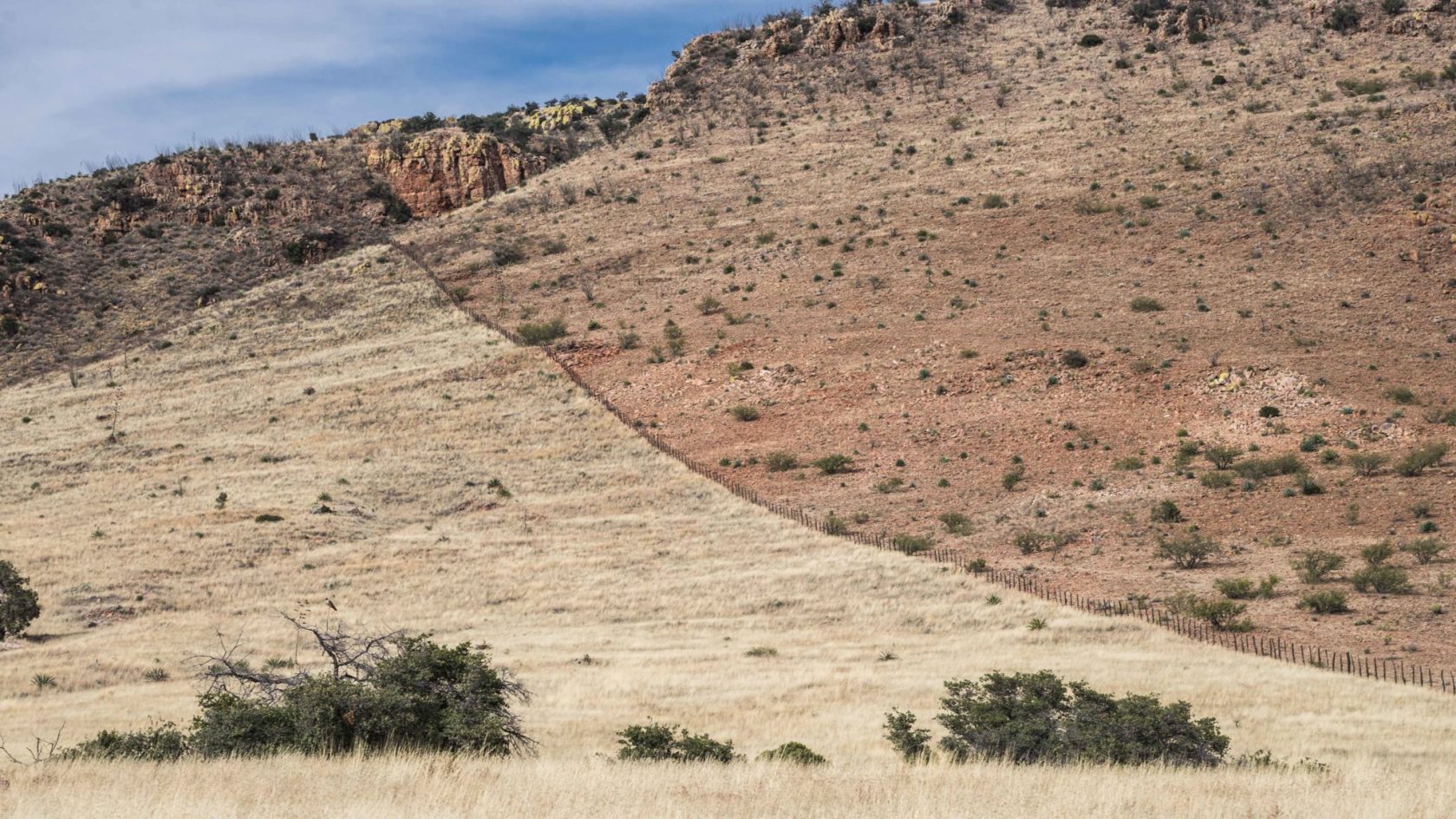 The clear difference between a healthy, carbon sequestering grassland and mismanaged ejido land 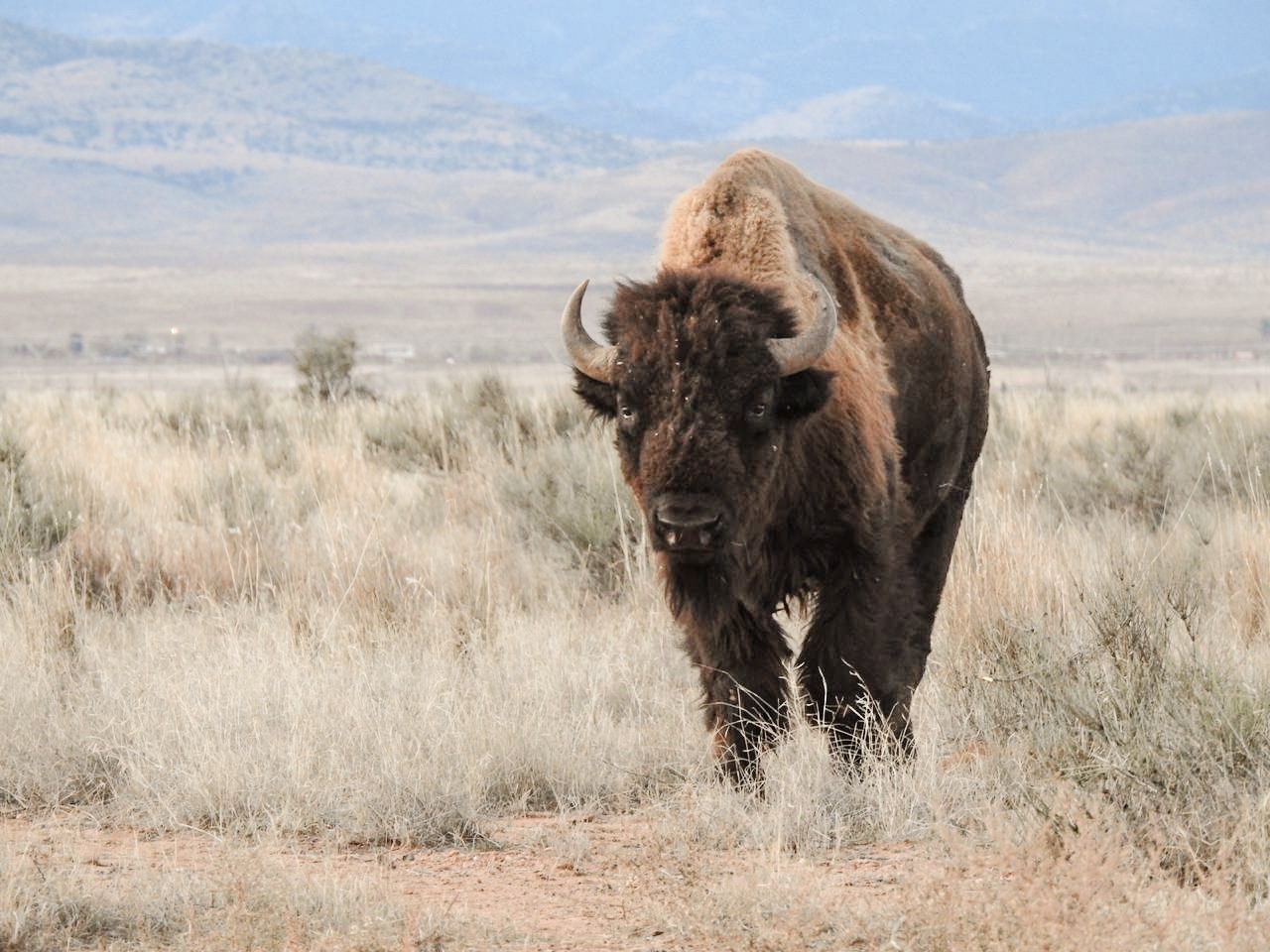 I was accompanying the Mexican Fund for the Conservation of Nature (FMCN), a Mexican conservation non-profit, up north to learn about their first-of-its kind regenerative ranching project. The FMCN seeks to transform the ranch (which was a recent gift from The Nature Conservancy) into a center of excellence for regenerative ranching and rangeland conservation, helping to bring back the grasslands and supporting sustainable rural development in the region. Indeed, regeneration was the word on everybody’s lips during our stay at El Uno. Funded by various blended finance investments, the project will restore both the original prairie lands and the livelihoods of cattle ranchers too.

If successful, El Uno will become a beacon of hope that symbolizes a much larger paradigm shift, an acupuncture point that can be replicated throughout millions of northern Mexican ranches that lie in dormant potential. 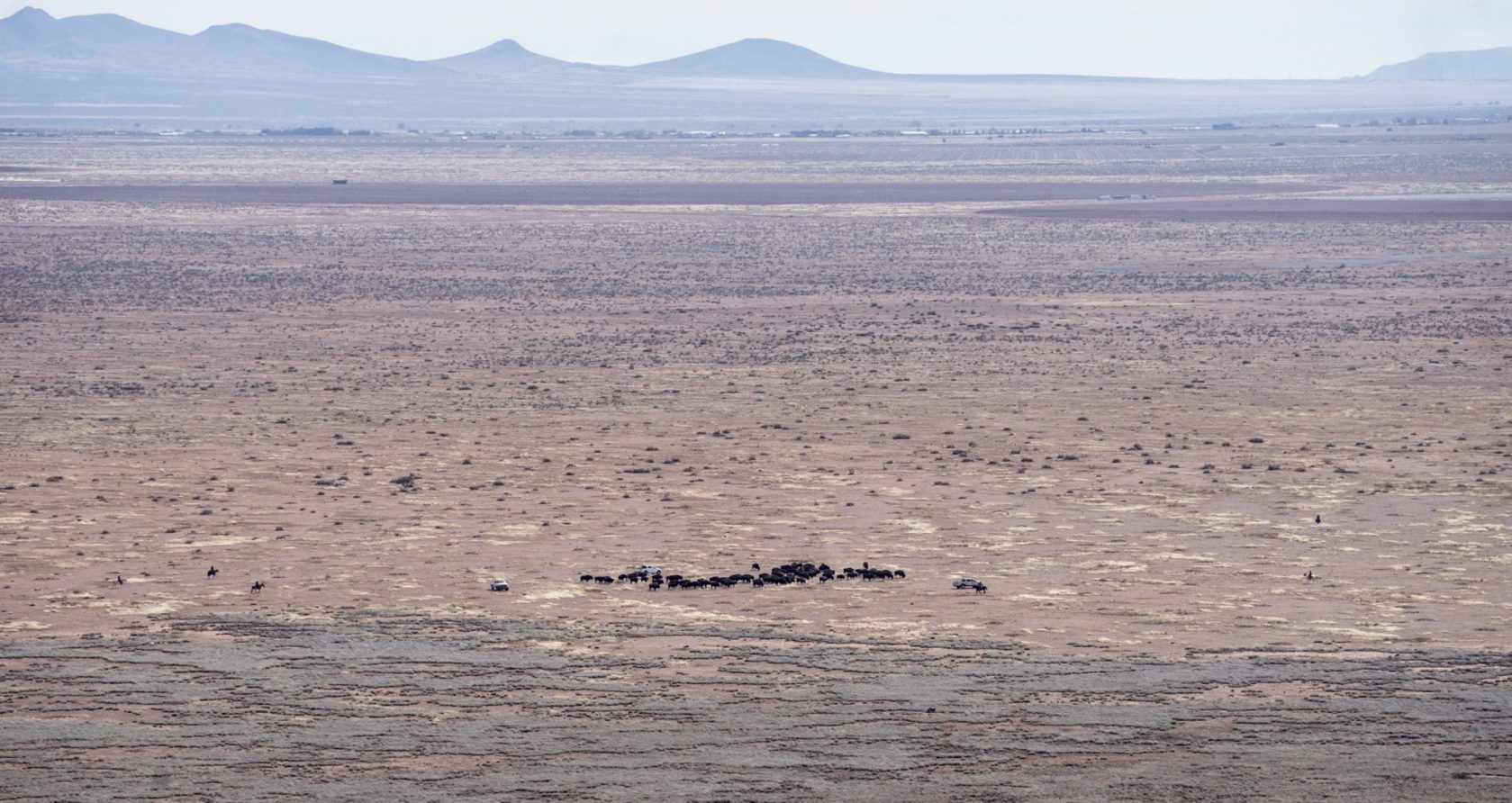 Bison herds spotted in the distance, ready for the annual corrida

Our car stops suddenly as we are driving through the ranch’s winding dirt roads – prairie dogs have been spotted. Cameras and tripods emerge in a flurry. Little round heads and fluffy ears poke out like curious periscopes, pot-bellied, noses twitching, and then in a flash, the sentinels scurry back inside to their underground lairs. These cute rodents are actually key players in the ecosystem and have historically been widely misunderstood. In the seventies and eighties, the majority of prairie dogs in the US and northern Mexico were exterminated due to the false belief that they were pests. Unsurprisingly, human intervention was far inferior to the wisdom of nature, and lo-and-behold, research now shows that there is an intricately symbiotic relationship between the rodents, the bison, the water cycle and the health of prairie lands.

It is precisely this mindset of discerning systems mapping that sets El Uno apart. The project’s habitat restoration scheme, which involves the bison being strategically guided through the land following their ancestral grazing patterns, will provide environmental services at scale, restoring soil fertility as well as nutrient, energy and water cycles. The local ranchers have begun grouping together in a knowledge exchange network (their WhatsApp group has already reached the 256-participant limit) with the intention of sharing best practices among them.

Creative ideas abound. Enrique, the FMCN’s Field Operations Officer, shared with me his moonshot idea of gathering the sheared thick bison fur and weaving it into carpets with a cooperative of abuelas tejedoras from Oaxaca who have made their way up north and live close to Ciudad Juarez.

I learned that it is quite one thing to understand these concepts theoretically, and altogether quite another when you find yourself in the midst of it all, immersed in the Chihuahuan desert chasing bison in a cloud of dust behind cowboys. I was there at the one time a year, called the “corrida“, when the ranchers gather the nomadic herds for vaccinations and measurement. It seems that even a bison cannot escape their annual health check. 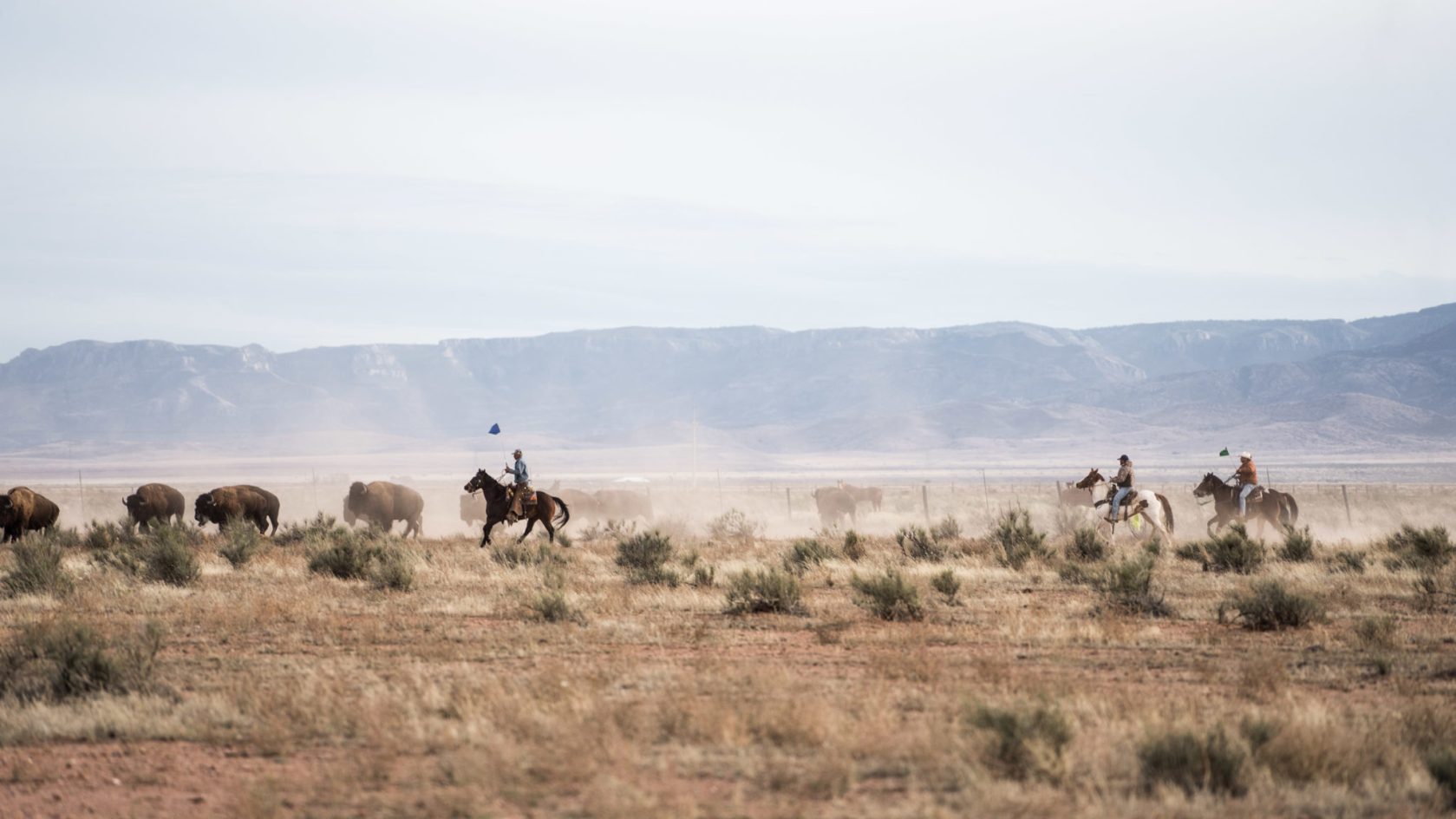 The bison being rounded up the old school way

To behold a bison up close is a pretty awe-inspiring sight. A mass of pure muscle, beady eyed and thick hooved, with dense coats of fur that provocatively taper out towards their nether regions, bison can weigh up to eight hundred kilos and your body can just feel that they are damn powerful. They roam in herds, slowly grazing away at the thin grass. This deceptive supine behavior can shift in the blink of an eye into a galloping beast (as I learned personally one morning whilst I was out on a sunrise run).

The bison have increased in number from a mere twenty-three to today’s 186. As they traverse the landscape, their rich dung fertilizes the barren prairies and their hooves trample and pack the soil, regenerating the grasslands in the process. The industry term for this is “holistic management and planned grazing”, and is increasingly being applied around the world by organizations such as the Savory Institute.

This year, the corrida was going to be a whole different experience. Both the bison and the ranchers were learning something new. For the first time ever, instead of rounding up the bison with motorized vehicles as had been the habit for countless years (an efficient but stressful method for the bison), the cowboys were now doing this on horseback like a scene straight out of a Wild West classic. They would group them slowly into a solid mass and start to gently lead them towards the paddock. Just as they would close in, one disobedient bison would always decide to take off and bolt across the field, and sure enough, the rest would follow this enterprising individual like an opened dam, until the entire herd had dispersed and the cowboys would have to start all over again. Many of them were neighboring ranchers who had volunteered their time and solidarity to the endeavor.

I was in utter admiration, as it was clear that this process was going to take a very long time. 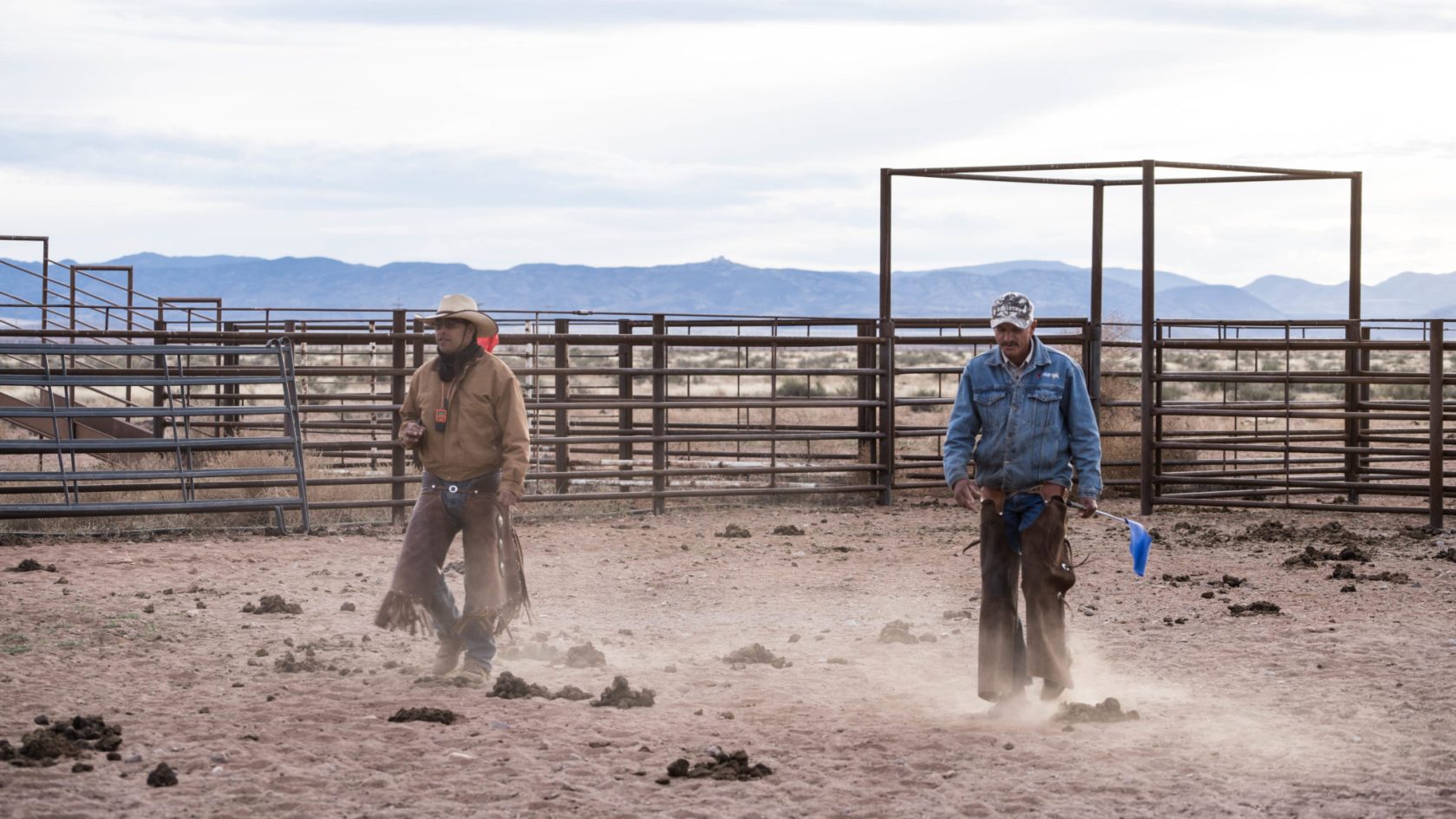 “The manner in which we conduct the corrida is much more important than the end goal. Our aim is not to round up the bison as quickly as possible, but to develop a new mutual relationship and encourage behavior change towards a more respectful relationship between man and bovine,” explain both Lorenzo J. de Rosenzweig, the director of FMCN, and Pedro Calderón, the ranch administrator.

So, if it was going to take them three weeks, then so be it. What a contrast, I mused, between this approach and our often short-term, outcome focused approach to life. 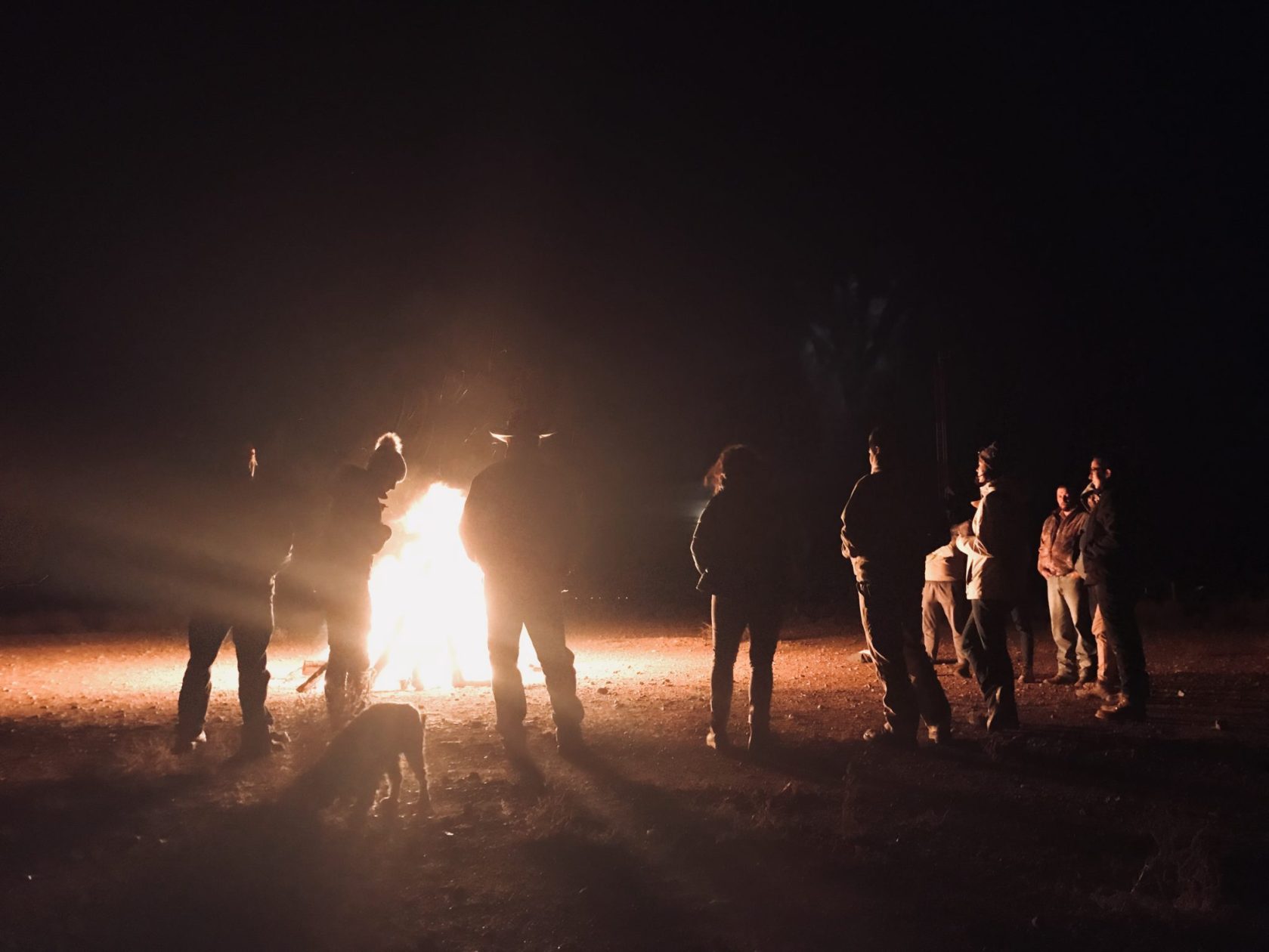 What I experienced during my stay at El Uno – and what the statistics and project reports might not always tell – is that the transition to a regenerative stewardship of land is a brave path, one that requires not only a significant sum of initial capital but also infinite amounts of patience and practice, determination, cooperation and faith. You learn every day bit by bit, by doing, observing, reading the land, making mistakes, sensing and responding. Questions of course remain, such as how to handle law-breaking neighbors and the future of livestock ranching, but as we ended our time under the full moon, with a ceremonial fire burning bright between us, a deep sense of pride and purpose was palpable. As intentions were uttered into licking flames, it felt like the land was listening, grateful for mankind’s renewed respect, and that the healing had already begun.