Hope for the World's Oceans

Over 5 days, from the 27th of June to the 1st of July, the United Nations held the much anticipated Ocean Conference. This event, held in Lisbon, was co-hosted by the Kenyan and Portuguese governments. The conference was built on a platform of discussions and events, with a special emphasis placed on public-private partnerships for sustainable innovation in the blue economy. 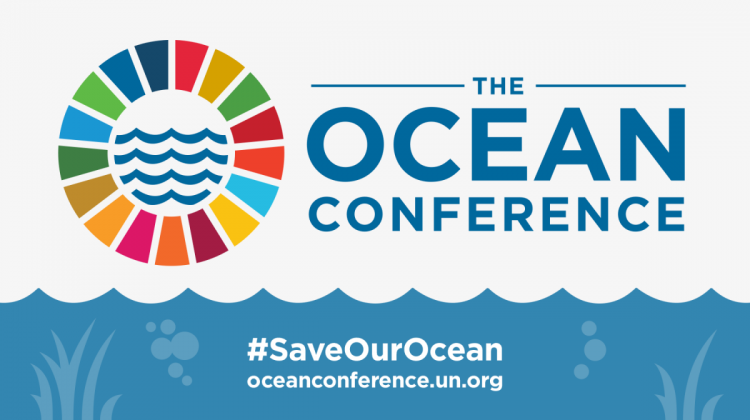 Why is the UN Ocean Conference Important?

Our world and the survival of humanity rely almost entirely on the health of the world’s oceans. The ocean contributes to the production of over half of the world’s oxygen, it is the main source of CO2 absorption and it covers 70% of our earth’s surface. It is estimated that 3 billion people worldwide rely on the ocean directly for their livelihoods, but in reality, the whole world relies on our oceans for survival.

The growth of capitalism and human expansion has come at the cost of the health of our oceans. Ocean acidification, oil spills, macro and particularly micro-plastic pollution, combined with overfishing are jeopardising the ocean’s survival.

The UN Ocean Conference serves as the primary forum to force governments to reassess their policies around SDG 14: Life below Water. They are bringing together stakeholders from the public and private sectors to propel science-based solutions to ocean pollution and global warming.

One of the main topics of discussion and utmost importance is deep sea mining. Deep-sea mining is the process of extracting and often excavating mineral deposits from the deep seabed. It is the excavation process that causes real harm to both the sea bed as well as fish and other marine mammals due to noise pollution, light pollution and chemical pollution.

As of right now, deep sea mining is illegal. Nonetheless, many companies are lobbying governments to allow operations with the promise of heavy profits, as the sea bed holds many minerals and raw materials needed for the creation of batteries and other in-demand technologies. Yet, there is strong evidence to indicate that deep sea mining will only exaggerate the effects of climate change, such as an increase in ocean temperatures and rising sea levels.

The UN Ocean Conference has been called a “success” by both the UN and participating nations, resulting in many new partnerships, as well as voluntary commitments and pledges of funding to the oceans.

On the topic of deep sea mining, French President, Emmanuel Macron made the pleasantly surprising statement that the world’s oceans need to be protected against the negative effects of deep-sea mining.

“I think we need to develop a legal framework to put a stop to deep-sea mining in international waters and not authorise new activities that would endanger the [ocean] ecosystems.”

We have heard a lot of fancy wording from the UN and governments discussing the environmental “call to action” to save the oceans, but what does this mean for the world?

Most of the commitments that have been praised as a success and huge advancements for the future of the world’s oceans are all voluntary. Which means that they do not have to be implemented at all. Even on a monetary level.

The question is, is this enough? The simple answer is no. Voluntary commitments are not enough to save us from global warming of 3 degrees which will completely devastate our planet. We have seen time and time again, governments pulling out of their commitments such as the Paris Climate Agreement.

Despite this, we must acknowledge that the voluntary commitments made by member states, and the overly whelming presence of young activists at the UN Ocean conference paint a lighter picture for what is to come. Never before have we seen such collaborations for sustainability in the public/private sector and the involvement of young people in finding solutions that will last and create a bluer future.

We are still missing adequate policy enforcement for the protection of the world’s oceans, and we must continue to pressure both our governments and corporations to adopt more expansive sustainable policies.

We still have time to make the changes necessary to prevent further warming of the planet and thus the one thing this conference has demonstrated is that there is still hope to make our oceans a bluer place.