The Irony of Air Conditioners 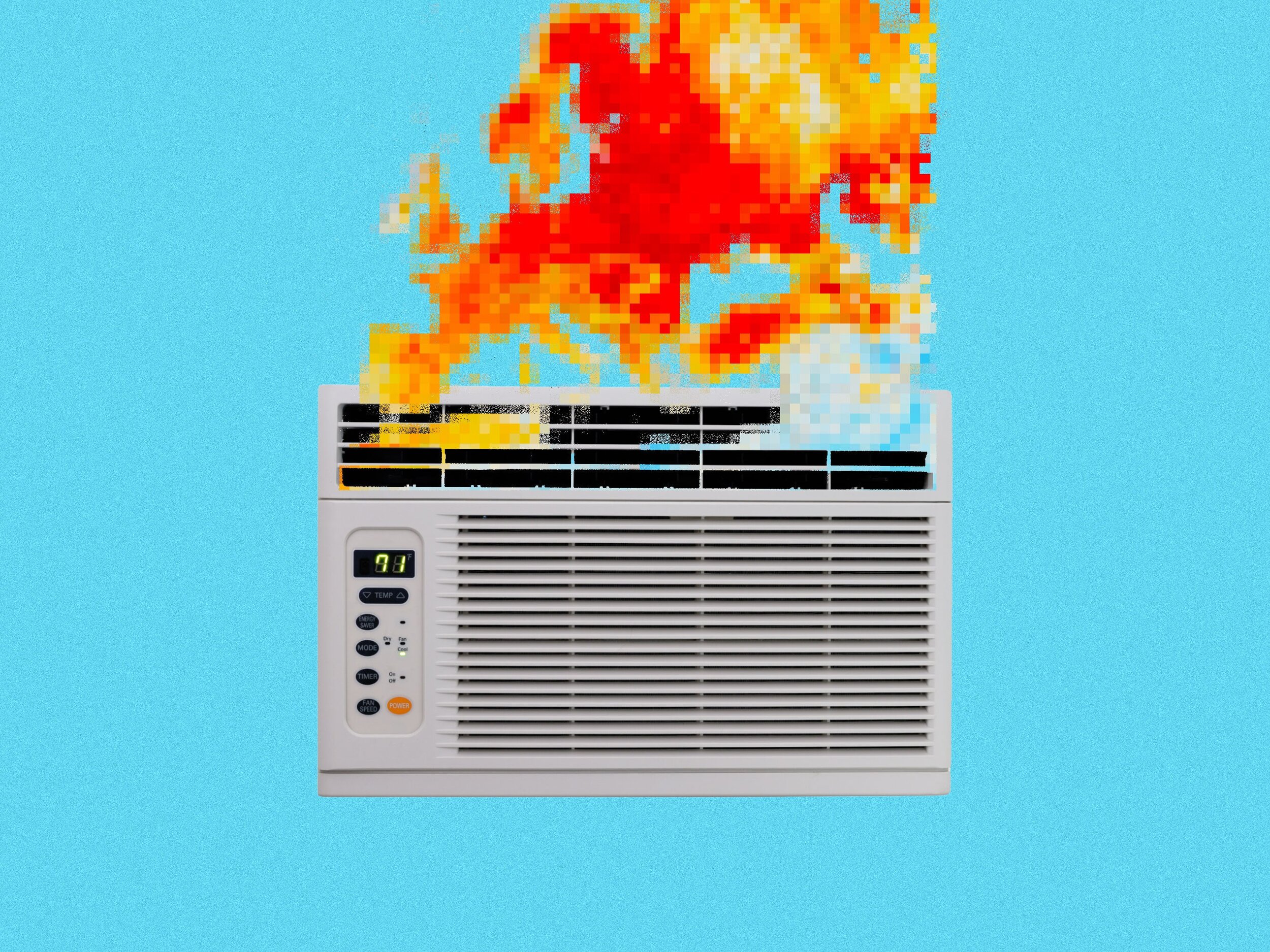 It’s summer, rising temperatures are bringing heat waves that affect both our mental and physical healths—we cannot wait to go inside our homes, a store, a restaurant, or a car to turn the AC on and relieve our heatstroke.

While we relax in the cooling air of a hot summer, we start to contemplate how the climate crisis is affecting the world, our days, and biodiversity. The irony? Our air conditioning addiction is cooling our bodies yet warming the planet.

The history of Air Conditioning

Freon or Chlorofluorocarbons were first introduced in the 1930s as the chemical used in air conditioners, fridges, and freezers. This invention was a great household success, although, in 1987, the production of these chemicals was globally banned due to its ozone-depleting effect.

Every October in Antarctica, new holes in the ozone layer were discovered and directly correlated to Freon; this made freon producers switch to HCFCs, which were supposedly non-ozone-depleting.

HCFC is a chemical compound made up of carbon, hydrogen, chlorine, and fluorine, produced as a volatile derivative of methane, ethane, and propane. Sadly, these refrigerants are potent greenhouse gases.
HCFC is found in mainstream household air conditioners and in cars’ ACs. Even if HCFC producers allegate that the compound isn’t released during active use, in the span of 15 years HCFCs are released from the AC if it’s not well maintained.

Apart from the toxic component of air conditioners, AC vents require yearly maintenance. It can be costly, so many households throw away the AC vents in the streets of cities in exchange for new ones, creating a vicious waste cycle and releasing toxic chemicals into the air. The U.S. alone throws out a staggering six million window air conditioners each year.

“If your old AC unit ends up in a landfill still with the refrigerants inside, HCFC could leak out into the atmosphere and destroy the ozone layer. Meanwhile, the refrigerant can also emit greenhouse gases that are well-known to contribute to climate change.” —Jackie Thompson, Waste Advantage Magazine.

How to properly get rid of your Air Conditioning windows:

Energy is a Social Issue

We realize that air conditioning is a necessity in many parts of the world due to the rising temperatures. But we find it ironic that we are looking for a cool-down effect that only produces a warm-up impact on the atmosphere. Heatwaves are a social issue. People suffering from extremely high temperatures find themselves saving up for their energy bills due to the high cost of AC. Some populations live in remote desert areas lacking trees and parks.

Eric Dean, the author of “After Cooling: on Freon, Global Warming, and the Terrible Cost of Comfort,” mentions that a possible solution to balance out extreme temperatures is “The need for things like community solar, or community-controlled energy, rather than having a monopoly company that controls it.” This way, AC is powered by renewable energy; thus, its carbon footprint reduces its impact.

We believe that cooling off is necessary for hot places, but that does not mean that air conditioning is the solution. Sustainable architecture explores how to use termite mounds, beehives, and better building materials that don’t absorb heat to keep a household fresh and cool.

Let us know how you cool off without harming the environment!