Where does the internet come from?

In today’s digital age, everything is accessible through the use of wifi. But where does wifi come from? Is it eco-friendly? Where is the cloud?

Data centers consume a significant amount of electricity, emitting as much carbon as the airline industry.

The structure of a digital cloud is hard to picture, but the centers that store data, stream movies, and allow us to communicate from different continents, are mostly run by fossil fuels. 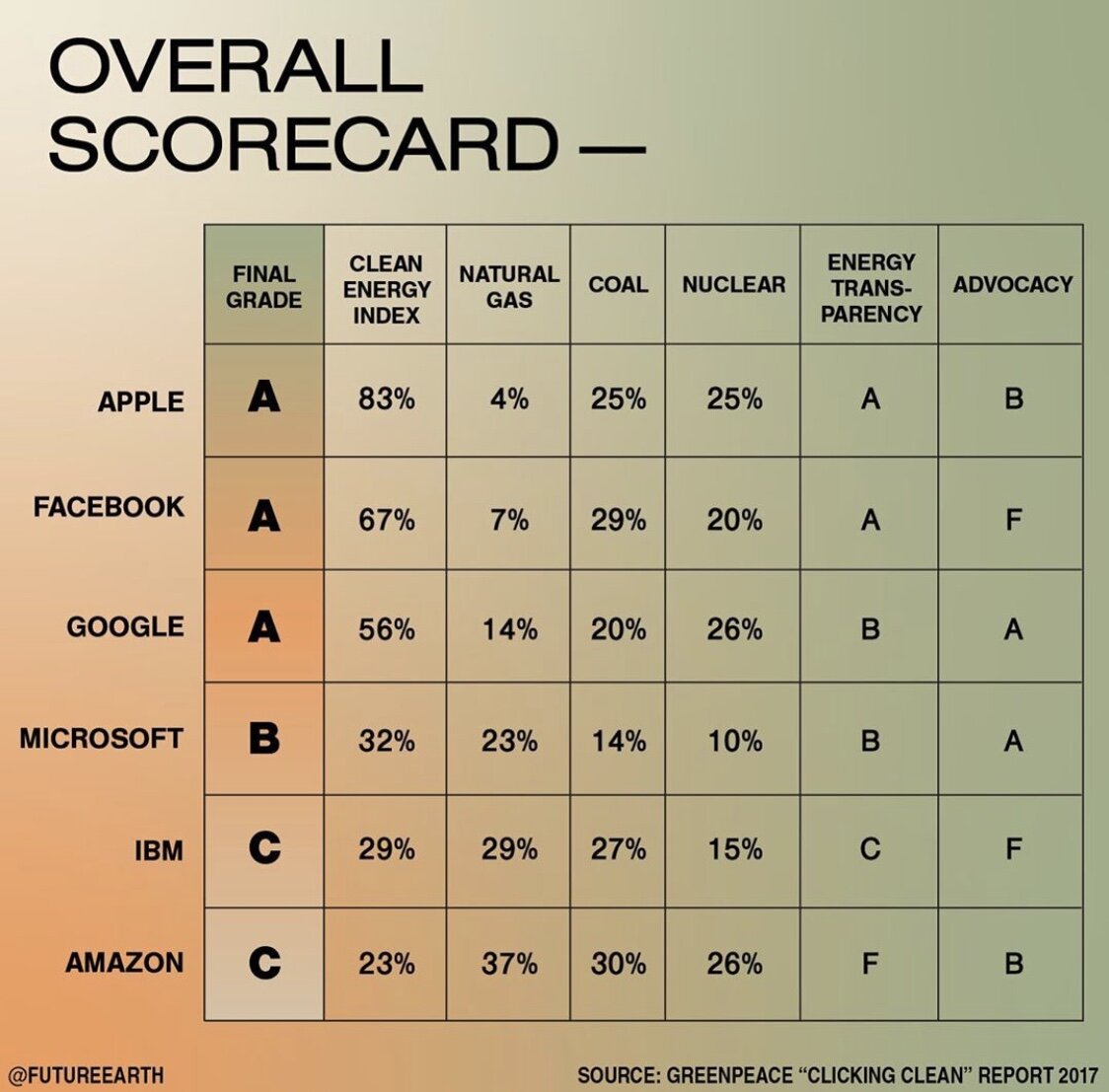 These data centers are located throughout different countries in usually scorching places in the desert. The construction of these modern factories cost around $20 billion a year globally.

One data center of around a million square feet consumes the same amount of energy than a city of a million people—this adds up to consuming 2% of the world’s electricity.

It is easy to dismiss datas carbon footprint, as the “out of sight, out of mind” logic applies. This is used to the data industry’s advantage. Some big tech companies have invested in renewable energy for their data sources, however most aren’t all so transparent with their customers as to where their energy source comes from.

“f the IT industry were a country, it would be the third nation to contribute the most to climate change, after China and the United States.” —Greenpeace report

Processors of big data consume as much as 1,000 megawatts or more to process, store, move, and analyze data. Plus, other energy expenses such as air conditioning.

Five Books on Climate Change to Read in 2021

Every time you use the search tool on Google, the data processors’ services require the same energy to illuminate a 60-watt light bulb for 17 seconds, emitting 0.2 grams of CO2. This data is for one search. Now imagine how many searches you make per day, per week, per month, and year. Now think that this is only your searches, think about the 7.8 billion internet users worldwide who also use google.

Video streaming requires even more electricity. It is estimated that in 2021, more than 82% of internet traffic would be directed to video streaming.

The IT industry has the responsibility to become more efficient in tackling climate change by using transparent and renewable energy to continue to process, store, analyze, and communicate data. Thankfully, Greenpeace has reported that many data centers are beginning to follow the sustainable energy track.

One of the top three cloud data centers, Switch, announced in 2018 that they would open ten new data centers at a campus run by solar energy in Nevada. 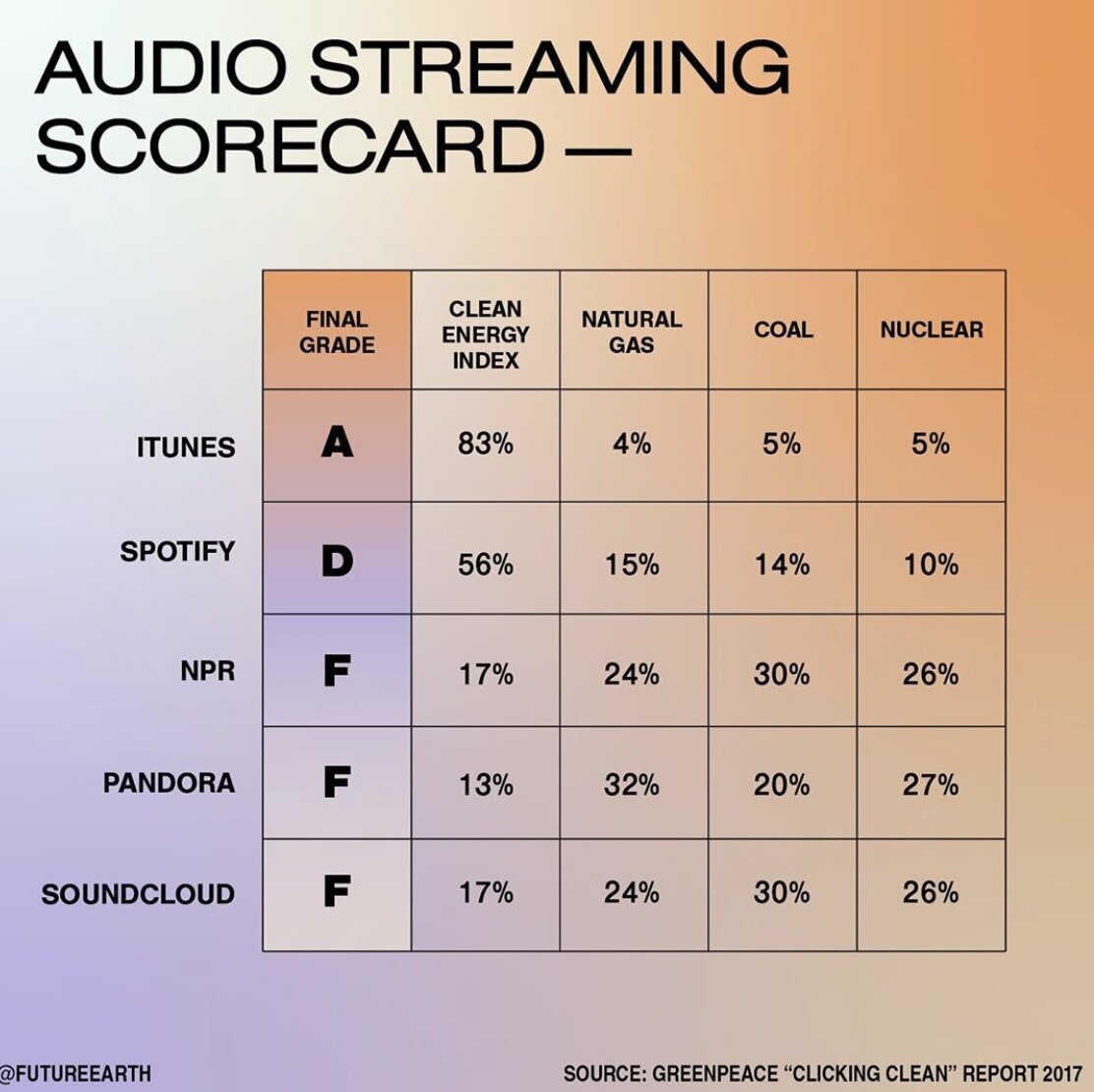 Finland, Denmark, and Sweden have opened their borders to renewable energy. They allow tech companies, such as Google and Microsoft, to move their hubs to more ecological and ethical data centers.

On the other hand, Netflix has been criticized for not owning their own data centers. Netflix uses Amazon Web Services as its data center, the top cloud-computing company known for the lack of transparency of its energy footprint.

Amazon Web Services operates in Northern Virginia, an area that holds the largest concentration of data centers globally. According to Greenpeace, Northern Virginia runs on 33% from nuclear power and only 3% of renewable energy. 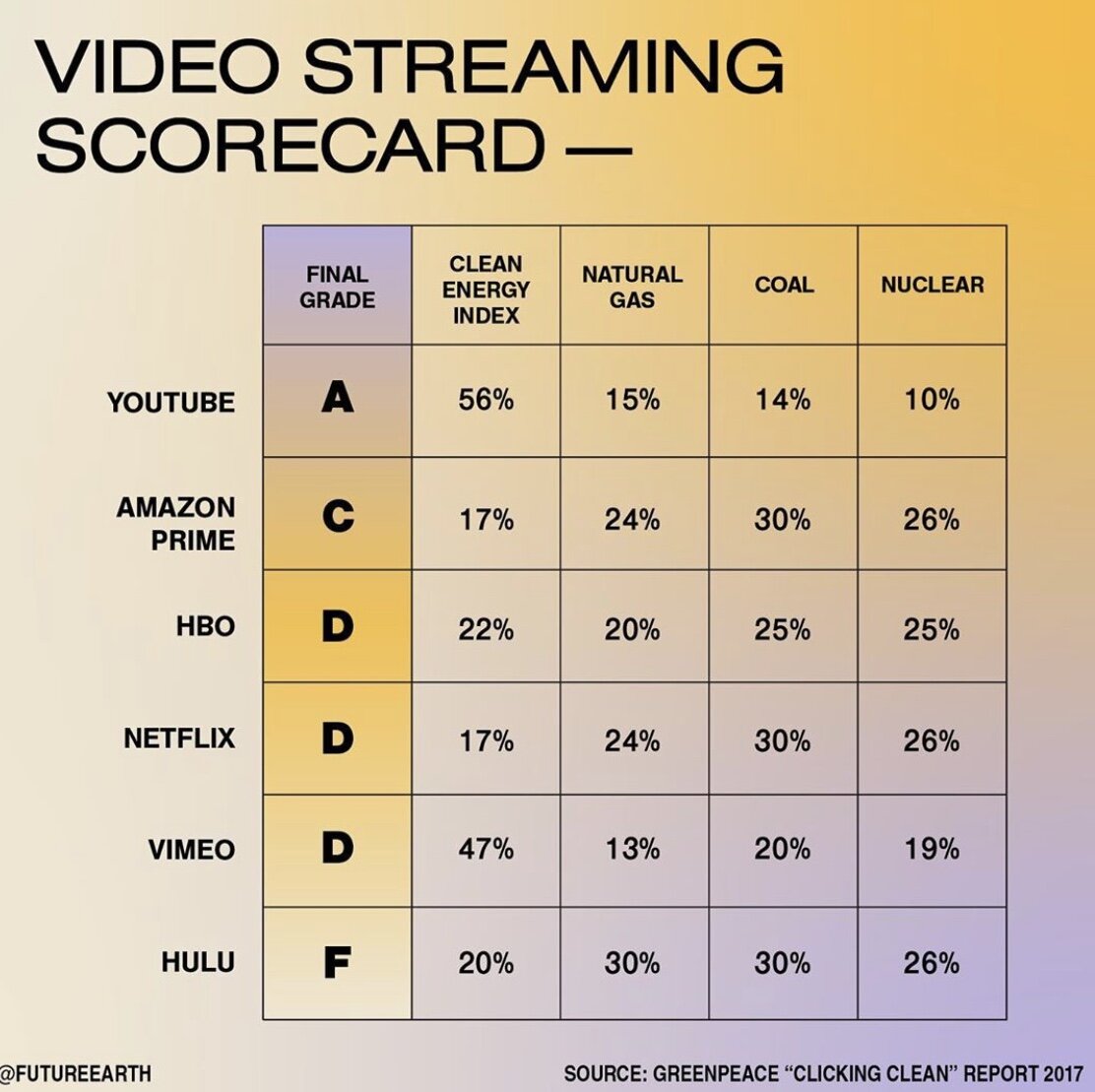 Microsoft and Google have joined the bandwagon of cutting down their carbon emissions by investing in carbon-offsetting projects and in renewable energy.

We now hold the responsibility to educate ourselves as digital consumers to understand every cloud service structure and choose how we want to consume data.

So how do we get out of this conundrum? Inform yourself and opt for transparent tech companies, who are investing in renewable and ethical energy sources for their data centers.

1 thought on “Where does the internet come from?”