Tiger King: why can’t we just release America’s captive tigers into the wild?

The recent Netflix series Tiger King begins with a shocking statistic: the captive tiger population in the US of 7,000 or so is almost double the total wild population of around 3,900. With tigers now endangered and reduced to living in just a tiny fraction of their former habitat, why not relocate these captive animals to their natural home?

This might sound like a good solution, but the reality is not so clear cut. As a zoologist who has both researched big cats in the wild and cared for them in (well regulated) zoos, I know that these tigers have minimal conservation value.

The first problem is that most of America’s captive tigers are in private collections, where breeding has not been regulated. By the Tiger King owner’s own admission, his tigers are “generic” and therefore have been hybridised by breeding different tiger subspecies together.

Tigers range from the tropics of Sumatra through to the sub-zero temperatures of the Amur valley in Russia and thus differ in size and coat colour and thickness in order to adapt to their environment. So hybrids can struggle with extremes in temperature because they may lack the particular traits required for those extremes. A generic tiger may find island jungles too hot, or Siberia too cold. 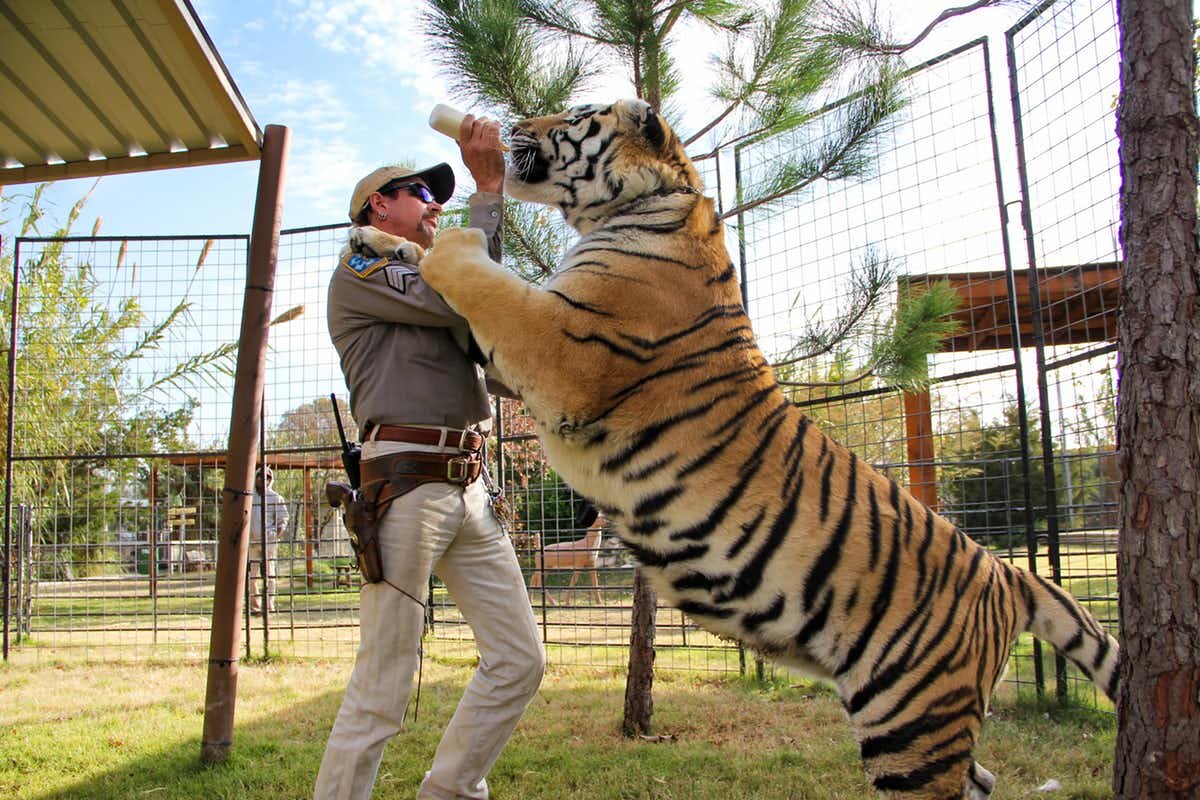 It’s true that hybridisation can increase genetic diversity, which is important for wild populations to be able to adapt to climatic change and disease. But if breeding is not regulated then captive animals can become inbred, which reduces genetic diversity. Inbred big cats die earlier and find it harder to reproduce; their cubs are less likely to survive into adulthood; and they suffer from medical issues.

Captive white tigers are a good example. Most are believed to be descended from a single male, Mohan, caught in 1951 by the Maharaja of Rewa in India. Mohan was then mated with his own offspring, resulting in white cubs. Due to their whiteness being a recessive genetic trait – and therefore less likely to be inherited by their children, much like red hair in humans – related tigers were bred together to increase the likelihood of white offspring. Nowadays they are highly inbred which is why they have so many medical problems such as kidney disease.

Who cares if reintroduced tigers turn out to be hybrids? Surely that is better than no tigers at all?

The problem is that captive animals have not had to hunt for their own food and therefore would need some training to become self-sufficient and able to hunt wild game. And if animals do have medical issues due to inbreeding it would reduce their fitness and hunting ability. 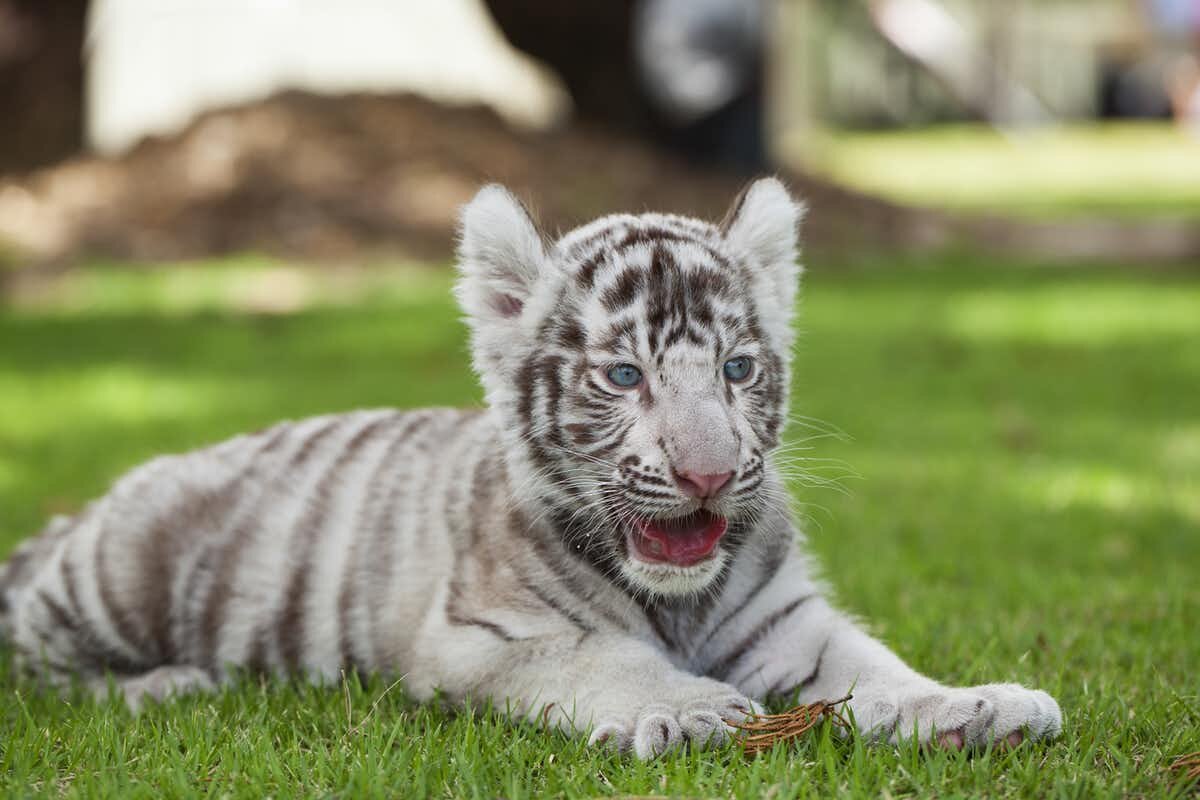 If the opportunity presented itself, captive tigers could kill – it is an instinct. However it can take cubs a year or more of training from their mother to develop and hone the skills of locating, stalking, capturing and dispatching their prey, before they are able to survive on their own. Captive tigers, regardless if they have been parent or hand-reared, lack the vital exposure from experienced mothers that would make them competent predators in the wild.

Although it may be possible to train some of the more willing captive tigers to hunt successfully, this could just introduce another problem. Many private zoos such as those in Tiger King hand-rear their tigers so they have close human contact, especially those used for entertainment and tourist photographs. This contact reduces the innate fear of humans that non-domesticated animals have. 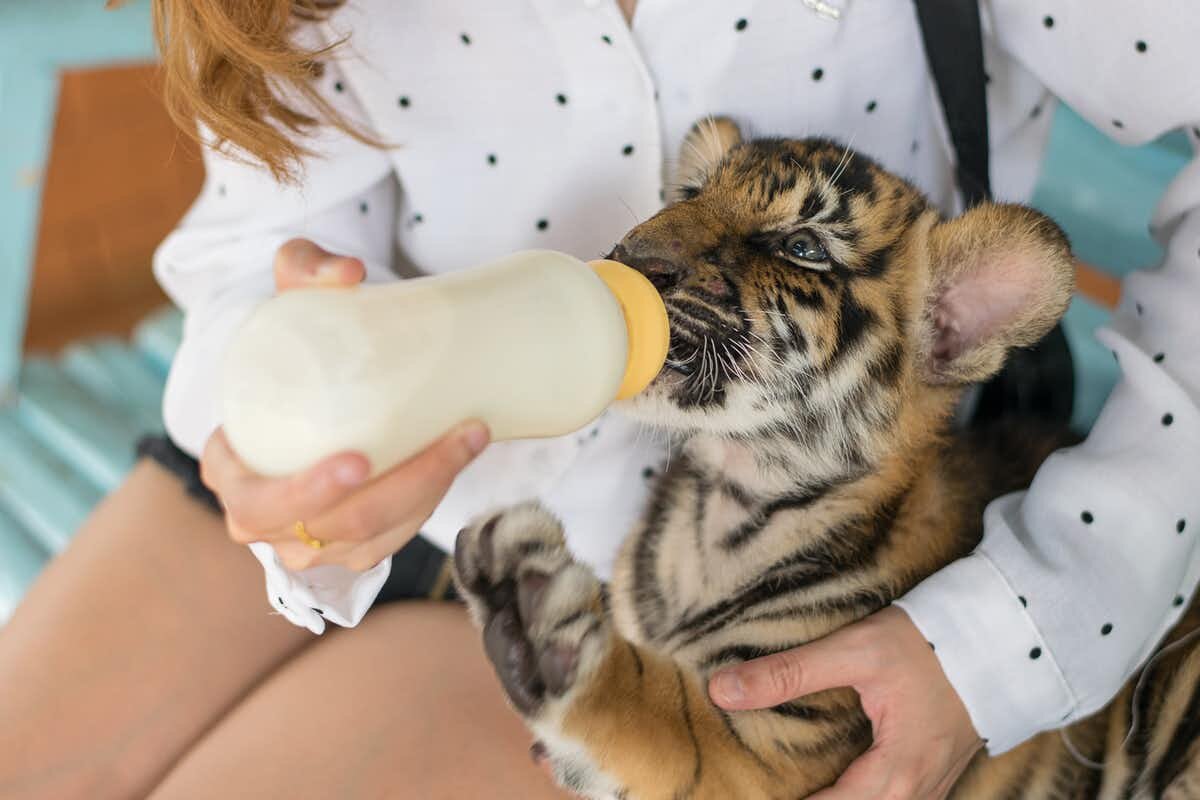 Poor preparation for life in the wild. GrooveZ / shutterstock

If released into the wild, hand-reared tigers could pose more of a threat to humans and livestock than their wild relatives as they would be more likely to associate humans with food and therefore less likely to avoid human farms and villages. Unfortunately, roads and farms are reaching ever further into the tiger’s natural habitat and breaking it into smaller fragments, and even the remotest forests in which the animals might be released still have some trace of humans. If those tigers encountered people, especially while hungry, it could end in disaster.

That fact that tigers are relatively easy to breed in captivity does ultimately boost their chances of survival. If worst comes to the worst, it could be possible to reintroduce specially bred and reared tigers into the wild. However, animals from private zoos would be unlikely to survive for long or increase wild numbers in the long term. If you want to see wild populations thriving again, don’t count on the tigers of Tiger King.